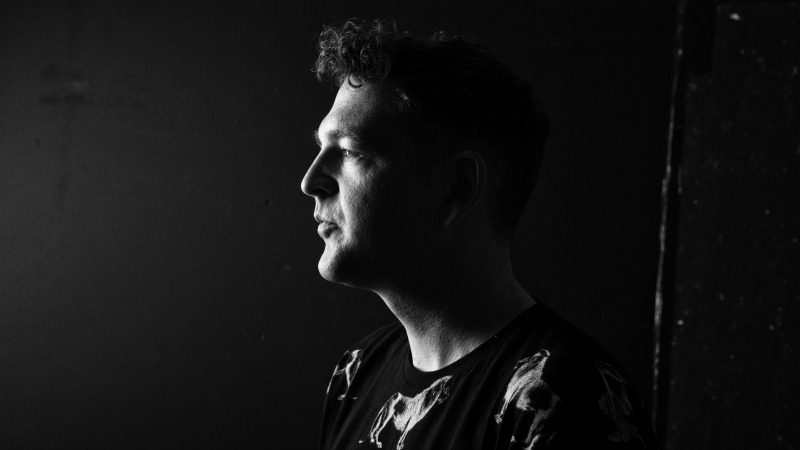 With releases for Metalheadz and Tempa as well as his own Cosmic Bridge, Om Unit is a master at making life-affirming soundsystem music. Now resident in Bristol, the producer talks ahead of his label showcase at Blue Mountain.

“It’s about connecting the etheric and earth energies,” says Jim Coles (aka Om Unit). “I’m a total hippy I guess, so a lot of aspects of life can be categorised into the five elements. To me it’s about music that’s rooted in the bass bins but is still connected to an expansive feel.” He’s talking about his record label Cosmic Bridge, which comes to Blue Mountain for a label showcase on February 3. Whatever you make of the philosophy, the aesthetic works wonders, resulting in some of the most sophisticated, life-affirming music currently blowing up soundsystems.

Growing up in “the beige county of Berkshire” (as he describes it), Jim gravitated towards London, becoming a respected turntablist and hip-hop producer under the name 2tall, and representing the UK in the DMC World DJ championships. He adopted the Om Unit alias around 2009, and more recently moved to Bristol, “having visited many times to play music. I enjoy it here, the music community is vibrant and diverse, and I’ve found people very welcoming.”

While initially lauded in dubstep circles – due partly to a fine remix of Joker’s anthem Digidesign – Om Unit’s sound has always been tough to pin down. Nodding variously to hip-hop, footwork, electro and IDM, it’s also flirted hard enough with drum & bass for Goldie to have commissioned an EP and album for Metalheadz.  Does he see himself as part of that jungle tradition?

“Perhaps on the fringe”, he says, “I’m a fan of drum & bass music, but I don’t always feel like part of the culture around it, nor do I want to be pegged as a ‘drum & bass artist’, because it’s just not true. It’s a bit like being called a ‘croissant baker’, when you might also be partial to making cupcakes, bread and occasionally a good lemon drizzle. My mum makes an incredible lemon drizzle.”

Another sound that Jim’s drawn on with impressive results is Chicago footwork – a genre that shares some of the rave and bass music’s DNA but comes from a very different tradition. What was it about that music that drew him to it? “It’s a living culture first of all,” he says, “and secondly it’s survived the initial media hype and proven itself to be something more than a fad. Musically it’s incredibly diverse too if you actually bother to scratch the surface. A lot of people didn’t get it at first but once you understand that it’s roots are in the dancing – specifically it’s own style of dance,  and that it comes from a genuine living social movement it’s hard not to love really. I think the rave connection is really just an accident of sharing the aesthetic of similar bpm and sample choppage. Other than that it’s definitely its own entity.”

If the Metalheadz releases saw Om Unit immersed in the sound of that label, most of his work is less reverential. Debut album Threads (Civil Music, 2013) is a ravishing update of the urban nightscapes that feed from Detroit techno through ‘90s jungle and into the techier end of contemporary bass music (think Pinch, 2562, Logos). Grime square wave basslines rub shoulders with the dankest of dub reverbs; crystalline synths cue up cascades of breakbeats.  On the excellent Torchlight series – a trio of EPs released on Cosmic Bridge – the sound pulls free of its dancefloor moorings altogether.

“It’s like ‘anything goes’ because I wasn’t immersed in anything specifically when I was growing up. The Metalheadz LP and EP were me paying homage to the way that sound fucked my head up as a kid, and simultaneously pulled me through some hard times. The Torchlight series was about shining a light into the unknown and trying new ideas…the Tempa remixes were about flipping dubstep tunes into a different world. I’m rooted as much in dubstep and as I am any other genre really. I was there in 2006 at FWD at Plastic People stood by the speaker. It fucked my head up again to hear such risks being taken and people really getting it. It was a revolution sonically, and Tempa was certainly at the heart of that for a while.”

Om Unit’s cross-genre appeal makes for some pretty varied gigs.  “I’ve definitely played to diverse crowds”, he says, “from suits in a bar in China asking for J-Lo, to 2000 people in Italy going after Jon Hopkins, to playing in an incredible art gallery in Tasmania. I’ve played in the middle of the outback in Australia and I’ve even played to prisoners in a maximum security prison in Belgium believe it or not. I come from the old skool way of thinking: ‘do your job’. I definitely try to tailor the sets to suit the environment, but always within the scope of what I’m comfortable with. This approach seems to be the best, but promoters sometimes try and book me to play in front of crowds that just want to rage to neurofunk which can be really challenging. I have definitely been used as a crash test dummy in the past, something I now try to avoid and just take the shows that I feel are suitable. I’m grateful to have the luxury of choice in fact.”

With a 90-minute Om Unit set and support from fellow-travellers MORESOUNDS, Fracture, TMSV and Cryptikz, the Blue Mountain night should be well within his comfort zone: “Shout out to subsist, these guys have been working steadily for a couple of years now curating good, low-key bass music nights in Bristol…their move to Blue Mountain was very smart with its new soundsystem, which I’m excited to test new tunes on. The lineup are all originators, people that have their own voice, and know what they are doing in the dance also. Come through!”