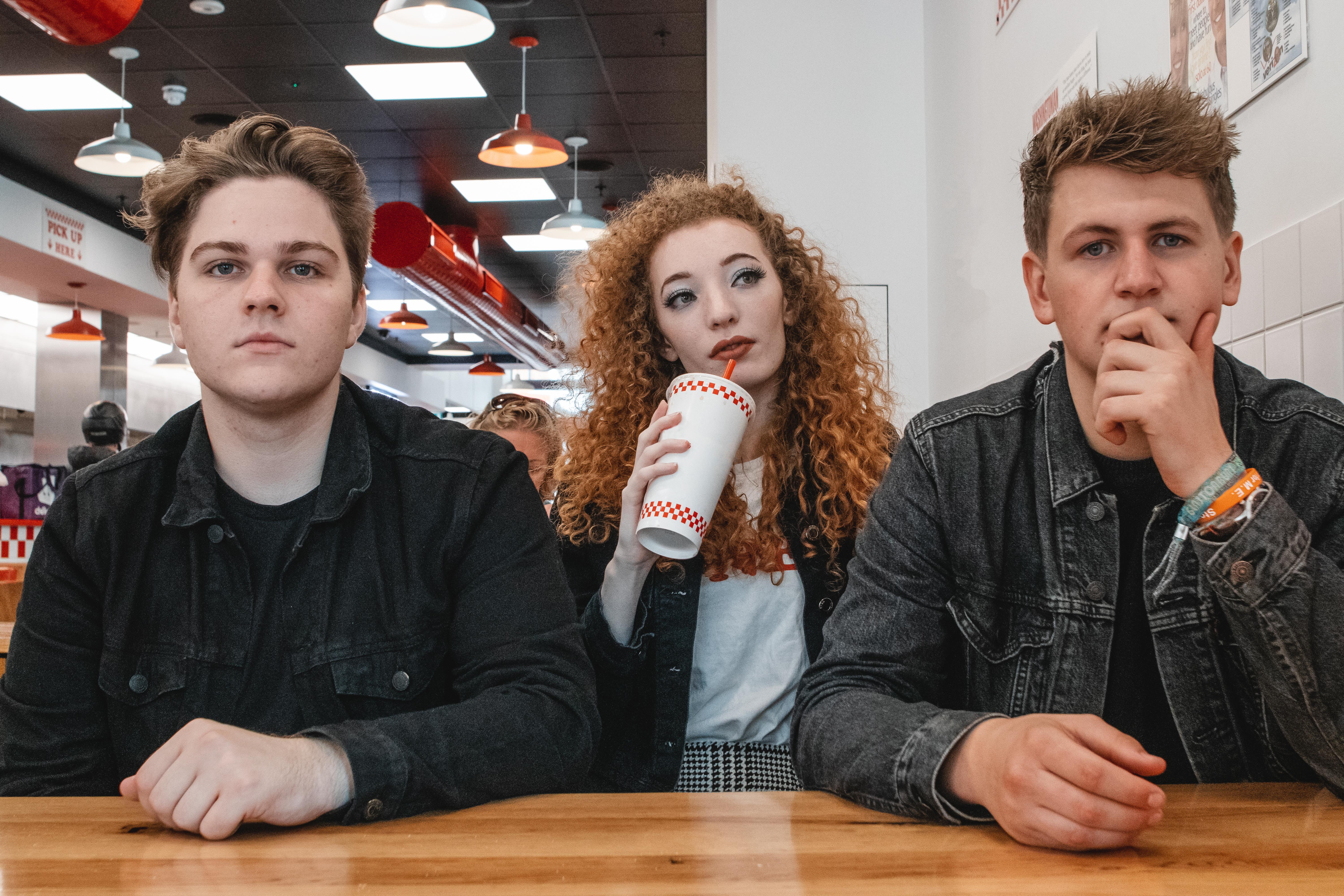 Indie rock is a genre which I rarely touch nowadays, associating it with coming-of-age, Hooch and a subscription to NME. I’m now in my mid-twenties and NME is now free, oh NME how you’ve changed.  I look back fondly on those days where I’d blast Oasis from my battered Toyota Yaris whilst driving into the college car park thinking I was rocking up to Knebworth in ‘96. I’ve matured since my late teens as did indie music, after all who wants to hear Alex Turner still sing about getting into fights in pubs at the age of 30?

Bristol based indie trio Pompadour are giving me a reason to dust off my old Doc Martens and join in on the mosh pits. I’m hit with a surge of nostalgia when listening to their debut EP Cut To The Chase, 5 tracks of full frontal gritty rock with flourishes of old school indie.

Straight out of the gates is opener Blame Your Predecessors, it teeters towards math rock which keeps my attention, jumping time signatures and sharp riffs. Centered around a  catchy hook and equally infectious lyrics, a strong opening track which sets the pace for an explosive EP. Punchy track Veronica reeks of early noughties pop, a catchy backbeat and ferocious vocals from frontwoman Tamsin Sayers. It’s not far from something that you’d hear at the BBC Introducing stage at Reading and Leeds Festival.

Pompadour break free from the stereotypical indie rock mold, weaving complex melodies and energetic beats to make for a dynamic sound. The trio are making ferocious waves, you’d be a fool not to head on down to their EP launch later this month at Mother’s Ruin.

Tickets can be found here.