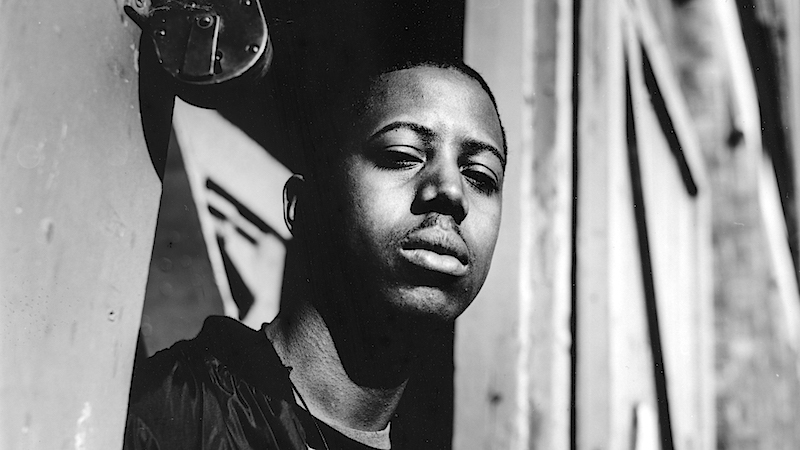 Three big names this week – one a visitor of biblical proportions, another a talented resident about to finally go on the record and the third a dazzling talent from the US jazz scene – plus a couple of Indian-influenced projects.

That visitor is Moses Boyd, the drumming half of 2015 MOBO winning duo Binker & Moses, who has topped off the five years since that recognition by finally coming out with a solo album.

Dark Matter is a brilliant showcase of the man’s varied talents and interests, with a common factor being the energetic drive of dance-friendly rhythms as well as Moses’ undeniable skills as producer. There will be two chances to catch him this week: firstly at The Exchange (Monday 9) and then at Rough Trade (Tuesday 10) but if you haven’t already got a ticket you’re too late as both are sold out.

Another talent maturing over the last five years has been Sefrial  (The Forge, Friday 13). Initiated by Dakhla alto saxophonist Sophie Stockham the band is a star-stuffed quintet of local jazz names taking a left field outing into the world of post-rock. Since starting by covering tunes by John Zorn and others the band has developed an entirely original sound and set of compositions and are finally releasing their debut album, somewhat inevitably called Sefrial. You can also catch Sophie playing tenor sax in  Orphic (Canteen, Sunday 15). It’s another great project, this time picking up on the classic tunes of Thelonious Monk, Dewey Redman and others.

The Be-bop club meets as usual on Friday night (13) with the Federico Leonori Quartet bringing the Italian bass player’s fine collaboration with guitarist Dan Waldman, saxophonist Greg Sterland and Toby Perrett drumming. What’s very unusual however, is that the club will reassemble on Sunday (15) at the Hen & Chicken to welcome Still Point: Turning World, a veritable supergroup of US players led by guitarist Joel Harrison with uber saxman David Binney, drummer Gerald Cleaver and tirelessly busy bass player Michael Janisch. The band are touring to promote Joel’s new album (released on Janisch’s Whirlwind Records) which reflects the eclecticism of a guitarist who has worked in classical quartets, Indian fusions and Americana as well as contemporary jazz.

Of the two Indian-influenced events Carnatic singer and violinist Shreya Devnath (St George’s, Saturday 14) is the more traditional, being a duet between violin and the double headed mridangam drum. The music draws on both classical and folk traditions. The eclectic trio of Yorkston, Thorne, Khan (Folk House, Sunday 15) similarly draws on folk roots but explores a wider geography by combining the folk and blues background of Scottish singer/songwriter James Yorkston with Jon Thorne’s jazz bass and the Indian sarangi of Suhail Yusuf Khan. It’s an interesting mix, reminiscent of some of Danny Thompson’s world fusion music or even The Incredible String Band.

Things are getting bigger and better for Prudent Primate (Mr Wolf’s, Saturday 14), with their coolly contemporary jazz-funk finding audiences way beyond the city. It’s unfortunate that the gig – with support from new outfit Troika – clashes with Manchester’s Skeltr at Canteen. Despite being a duo they use adroit electronics to create a big sounding thing they call gospel-space-jazz. Even more ambitious (and happily on the night before) Fabric & The Ghosts (El Rincon, Friday 13) is the solo project of drummer Anthony ‘Errol’ Flynn, combining electronica and percussion.

Despite it being a very busy month in his role as Artistic Director of the imminent Bristol Jazz and Blues Festival  (26-29 March) guitarist Denny Ilett finds time to bring a jazz quartet to Future Inn (Thursday 12). With versatile pianist David Newton, bass from Chris Jones and the redoubtable Ian Mattthews drumming it’s quite possible the band could go anywhere from New Orleans trad to 50s swing and jazz-rock fusion. Equally enigmatic quintet Avellana (St Michaels Church, Windmill Hill, Saturday 14) offer ‘some of the more esoteric and non-standard jazz’ as a clue to their style. By contrast, paradoxically, you know exactly what you’ll get from Davis/Grigg/Lash  (Exchange, Sunday 15) even though it will all be totally improvised. Seasoned free-thinkers all, they have been an energetic part of the driving force for spontaneous composition around Bristol for a few years now, as are support act Noizy Boize, the duo of sax player Rebecca Sneddon with Joseph Kelly on double bass.

Top Bristol trumpeter Jonny Bruce (Fringe, Wednesday 11) augments his excellent organ quartet with guitarist Dan Waldman for a hot jazz celebration of the trumpet’s legacy and the great masters of the instrument. The band also features the dazzling John-paul Gard on Hammond organ, with Tom Gorst on tenor sax and Jon Whitfield drumming. Given Jonny’s own exuberant style of play the results should be sizzling. And, finally, Cardiff’s rabble-rousing ‘riot jazzers’ Bass12 are rocking Mr Wolf’s (Friday 13) with the kind of full-throated contemporary New Orleans brass assault associated with the Hot 8 or Youngblood brass bands.