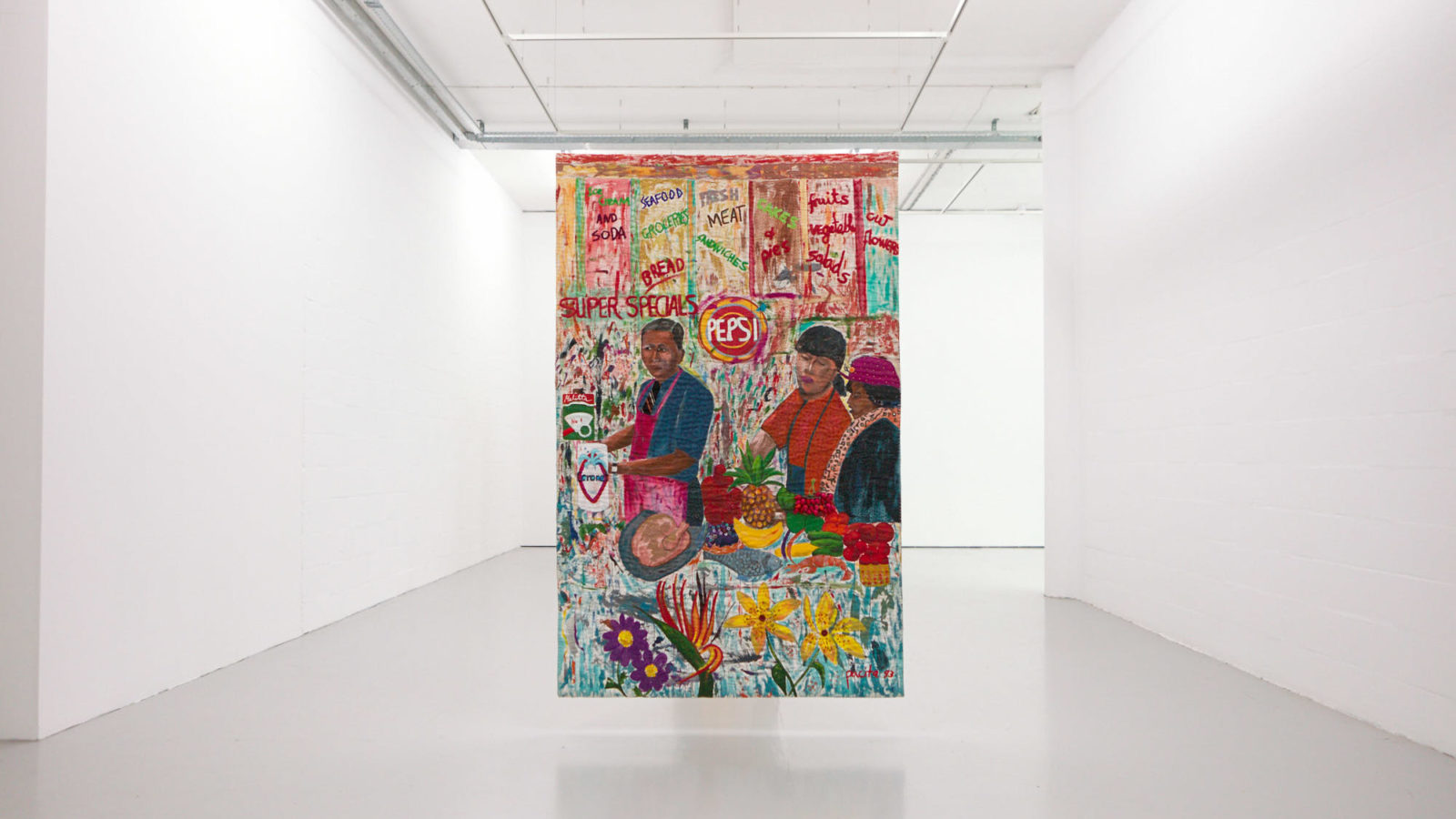 ‘Trapunto’ refers to a quilting technique that Abad began experimenting with in the late 1970s, in which canvasses are padded and stitched before being painted and layered with a range of printed textiles and objects, including buttons, sequins and shells.

Born in the Philippines, Abad travelled extensively and lived in many different countries throughout her life, including Bangladesh, Sudan, Indonesia, Singapore, and the United States. This itineracy has, in many ways, defined and shaped her work. 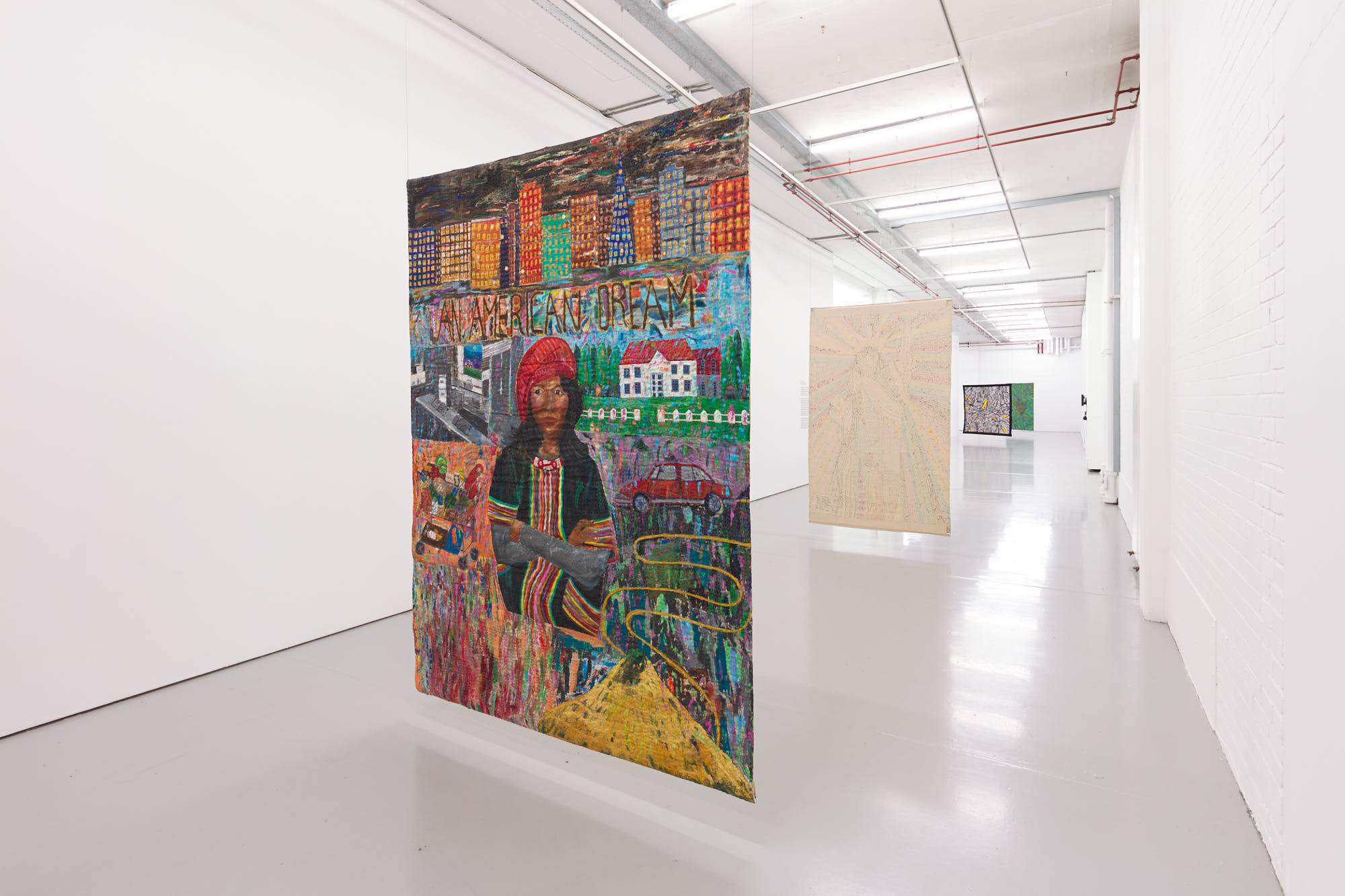 The Immigrant Experience series (1991-94), for example, depicts the lives and experiences of the Asian, African and Latin American immigrants that she encountered in the US and elsewhere.

We asked Pacita’s nephew, and the exhibition’s co-curator, London-based artist Pio Abad, to shed some light on his aunt’s career and preoccupations, and on the works that make up Spike Island’s show.

Why is Pacita’s work so important for people to see today?
Pacita Abad’s work was defined by her constant movement. She traversed different geographies, different economies and different cultures; and she had a very idiosyncratic view of the world, which she communicated through her art.

Her seamless bringing together of materials and techniques that she learned from various places, and the way she depicted the myriad experiences of people of colour, speak very much of the need for inclusion and understanding difference during this current moment. 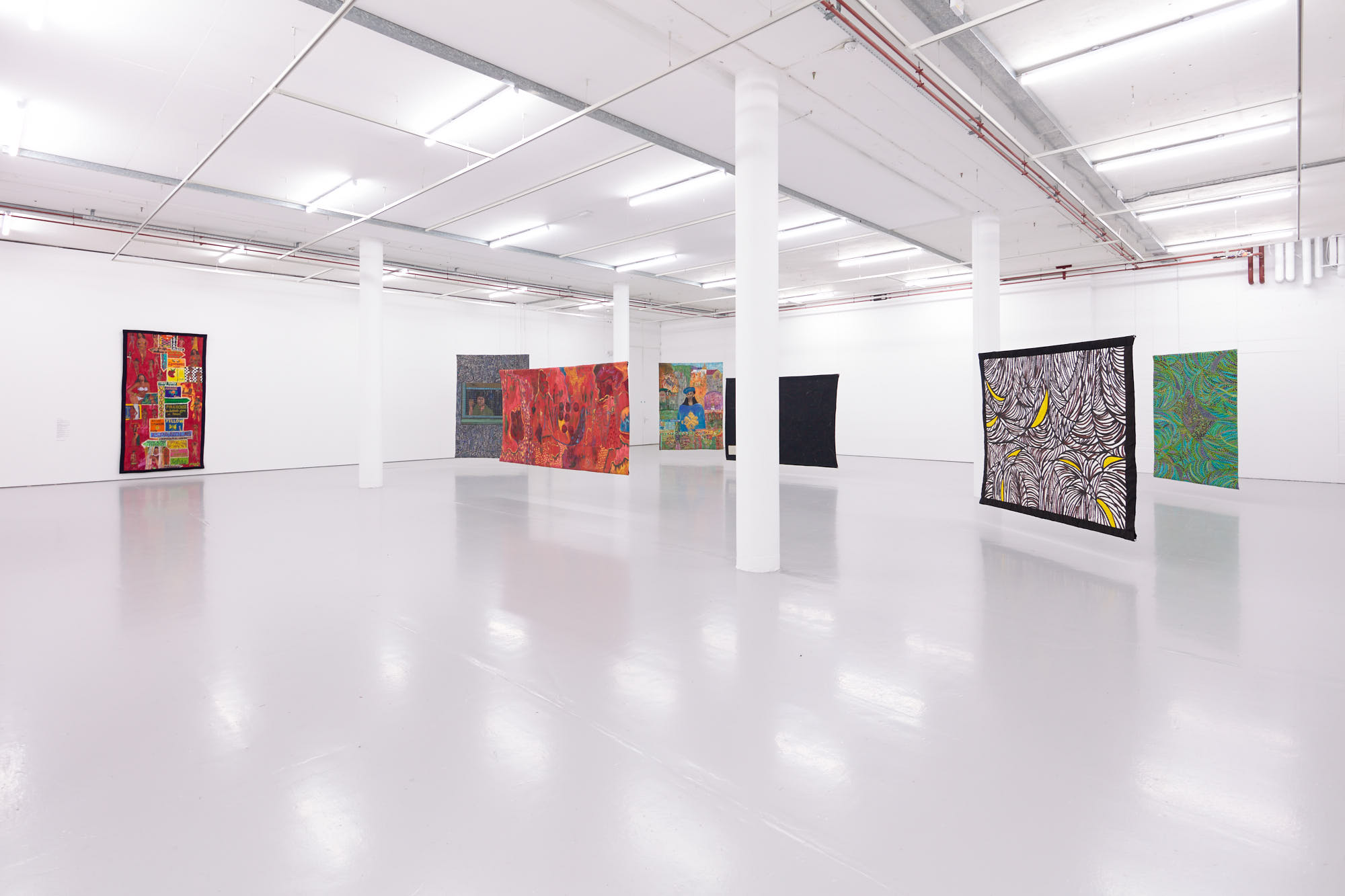 Beyond that, the works themselves are incredibly virtuosic, monumental and formally complex – and really need to be encountered in person.

How did the exhibition come into being?
I am an artist myself, based in London, and I have been involved in running Pacita’s estate over the past few years. In 2018, I curated an exhibition of Pacita Abad’s work at the Museum of Contemporary Art and Design in the Filipino capital Manila. The first exhibition of Pacita’s work in nearly two decades, it started a re-discovery and a reassessment of her practice. The Spike Island show will be Pacita Abad’s first UK exhibition.

What should visitors to Life in the Margins expect?
Life in the Margins focuses on Pacita Abad’s trapunto paintings – the large-scale, painted and appliqued tapestries that she started making in the late 1970s. The exhibition covers a very broad time span, from her earliest trapunto works inspired by her extensive travels to abstract pieces incorporating batik fabric that she produced towards the end of her life in early 2000s. 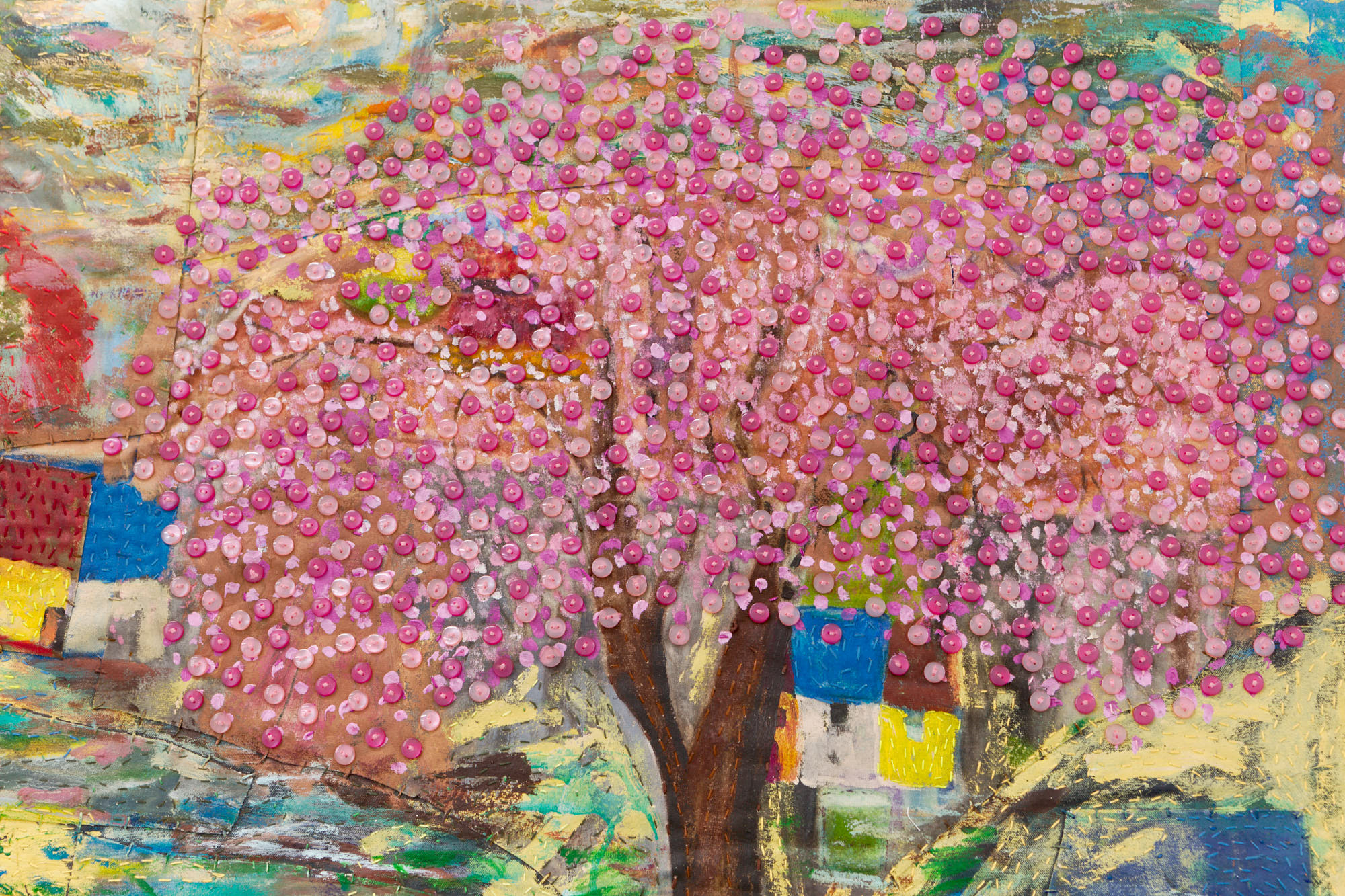 One of the series that anchors the exhibition is The Immigrant Experience, which was last shown in Washington DC in 1994. The exhibition at Spike Island is the first time that the series, very nearly as a whole, will be shown together since they were produced 25 years ago.

One of the iconic works from the series is a kaleidoscopic trapunto painting from 1993 entitled L.A. Liberty, in which Abad reimagines the American icon as an immigrant of colour, after realising that the history of immigration as depicted in Ellis Island was limited to European migrants. A later abstract work from 1998 entitled The Sky is falling, The Sky is Falling was made as the Suharto regime in Indonesia collapsed. The abstraction was intended to capture the chaos of Jakarta during that time.

All photos: Life in the Margins in situ at Spike Island. Credit: Max McClure