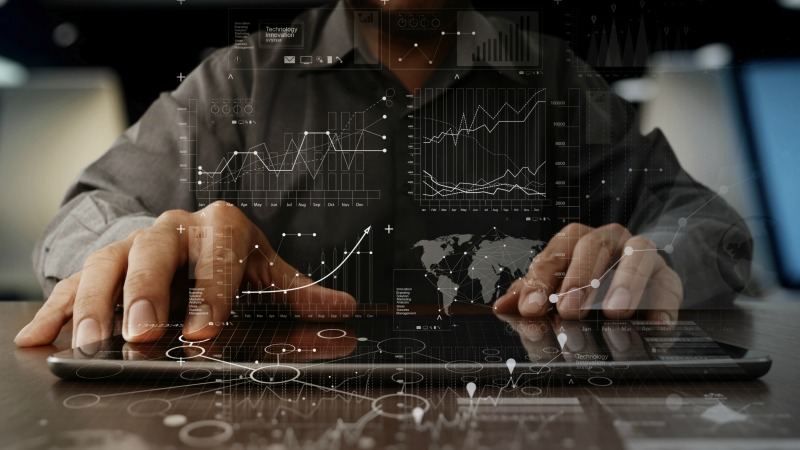 It’s little surprise that Bristol – named the UK’s second tech city outside London by the TechCity ‘Powering a Digital Economy 2015’ report – is fertile when it comes to technological innovations.

Long the chosen home of Hewlett Packard, soon to be the international base of Strava and with organisations such as the Engine Shed, SETsquared and Webstart to nurture fledgling ideas, Bristol’s fast-growing digital economy is described as “a globally-significant cluster of innovative businesses” and “a hotbed for future technologies”.

What technologies are emerging here that could make it big? Could the next Twitter or Google spring forth not from Silicon Valley but the Avon Gorge?

iDeeter is one contender, a new ideas sharing platform designed to promote open innovation within companies and organisations by ‘crowdstorming’, jargon for online brain storming. The portal allows anyone in an organisation or group to contribute their ideas and suggestions around a given challenge.

“It’s about making the organisation very ideas rich,” says founder Niall Jones, a business strategist and entrepreneur who set up the concept with web designer Warren Cuff. “You need to switch out of normal operational mode to generate creative ideas.” Professionals dedicated to the subject know the importance of seeking out all people in an organisation who are good at ideas, “which is often disconnected from the hierarchy”, says Niall.

iDeeter aims to bring businesses, social enterprises and organisations a cost-effective tool for generating ideas, drawing as many stakeholders as possible into the discussion. “It’s about taking something that’s hidden behind high walls and making it more open”.

Pushing the CSR agenda is social platform Neighbourly, connecting willing volunteers and socially-minded businesses with the projects that need their help. The business world has seen a massive shift in the last decade, recognising that transactions aren’t solely financial. Having recently signed up Heineken with companies like M&S, Starbucks and Wessex Water already on the books, this could be the tech that transforms the way businesses manage those other transactions.

Boxarr is another business software tool that has the potential to be “as important to the world as spreadsheets” according to the Head of Tech in the US Navy. The Bristol-born technology simplifies enormously complicated supply chains to allow operators the ability to analyse them for problems and efficiencies in a fraction of the time manual processes take.

Although developed within the aviation sector, its scope for application extends far beyond. Any large and complicated business that stands to benefit from simplified modelling – the potential time and cost impact of a manufacturing delay, for example. Existing clients already include US Navy, Boeing, GE and Rolls Royce with aggressive projections for the next five years.

Or perhaps YENA – the Youth Entrepreneurs Network – could be the one we’re all talking about. Founder Ash Phillips was recently named on the Maserati 100 List, a collaboration with the Centre for Entrepreneurs, for his youth networking platform.

Ash Phillips of YENA (right) at the Maserati 100 ceremony

Beginning life as a face-to-face networking event for entrepreneurs aged between 15 and 30, the company is now in the process of launching a complimentary web platform to allow young entrepreneurs to network digitally and in real life. “I’m not naïve enough to think I can build the next LinkedIn,” Ash says, “but that platform is quite old hat. The younger demographic, in particular, expect better.

“There are gaps in the service. I want to provide a service that allows people to meet, connect and do business. That bridges the gap between the physical and digital business worlds.”

Demand from across the world, including Chad, Australia and India so far, encourages him to believe that the feeling isn’t just local, it’s global.

“I’m fairly sure the number of entrepreneurs in the UK alone is in the hundreds of thousands. The YENA platform will help them, prompting meetings, helping business to be done and tracking deals.”

Though even Warren Buffet would have a tough time predicting which tech will go on to be the next Facebook or Google, the fecund environment and positive approach in Bristol is fostering plenty of potential. “To quote Richard Branson,” concludes Ash, “‘we’ve got a let’s do it attitude’.”