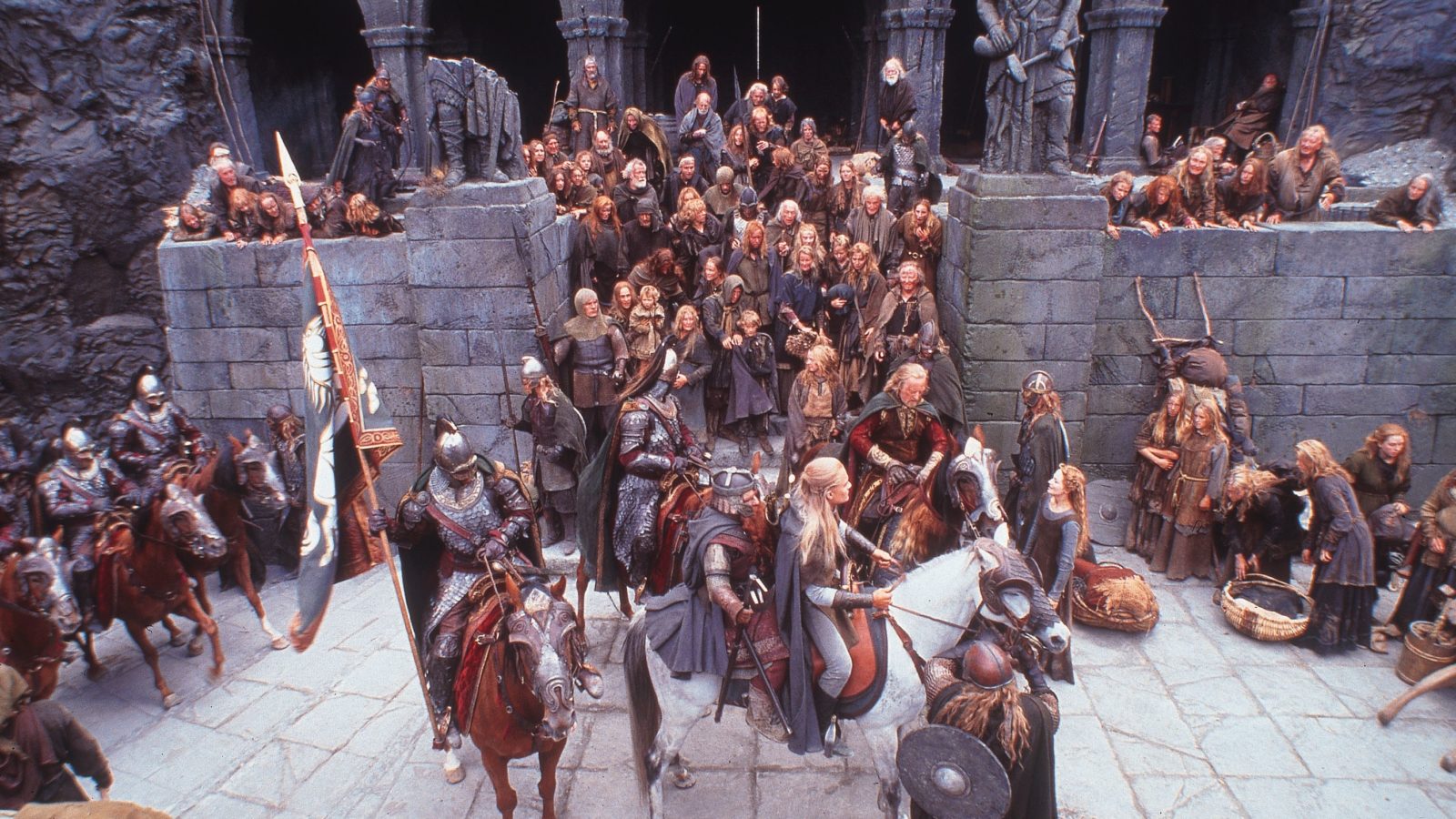 Plunging us headlong into the action, the second part of Peter Jackson’s epic Tolkien trilogy picks up exactly where The Fellowship of the Ring left off. Frodo and Sam are eventually led to Black Gates of Mordor by the shifty Gollum (Andy Serkis). On the trail of the Orc-captured Merry and Pippin, the human Aragorn, Legolas the Elf and Gimli the Dwarf enter the besieged kingdom of Rohan. And the two towers, Lord Sauron’s Mordor and Saruman’s Isengard, are poised to crush the last vestiges of human resistance and establish dominion over the whole of Middle Earth.

This was always going to be the most difficult part of the trilogy, so there are times when even Jackson’s confident juggling of the three parallel storylines feels like mere plate-spinning. That said, he hasn’t compromised or toned down Tolkien’s apocalyptic vision, which culminates in the awesome Battle of Helm’s Deep.