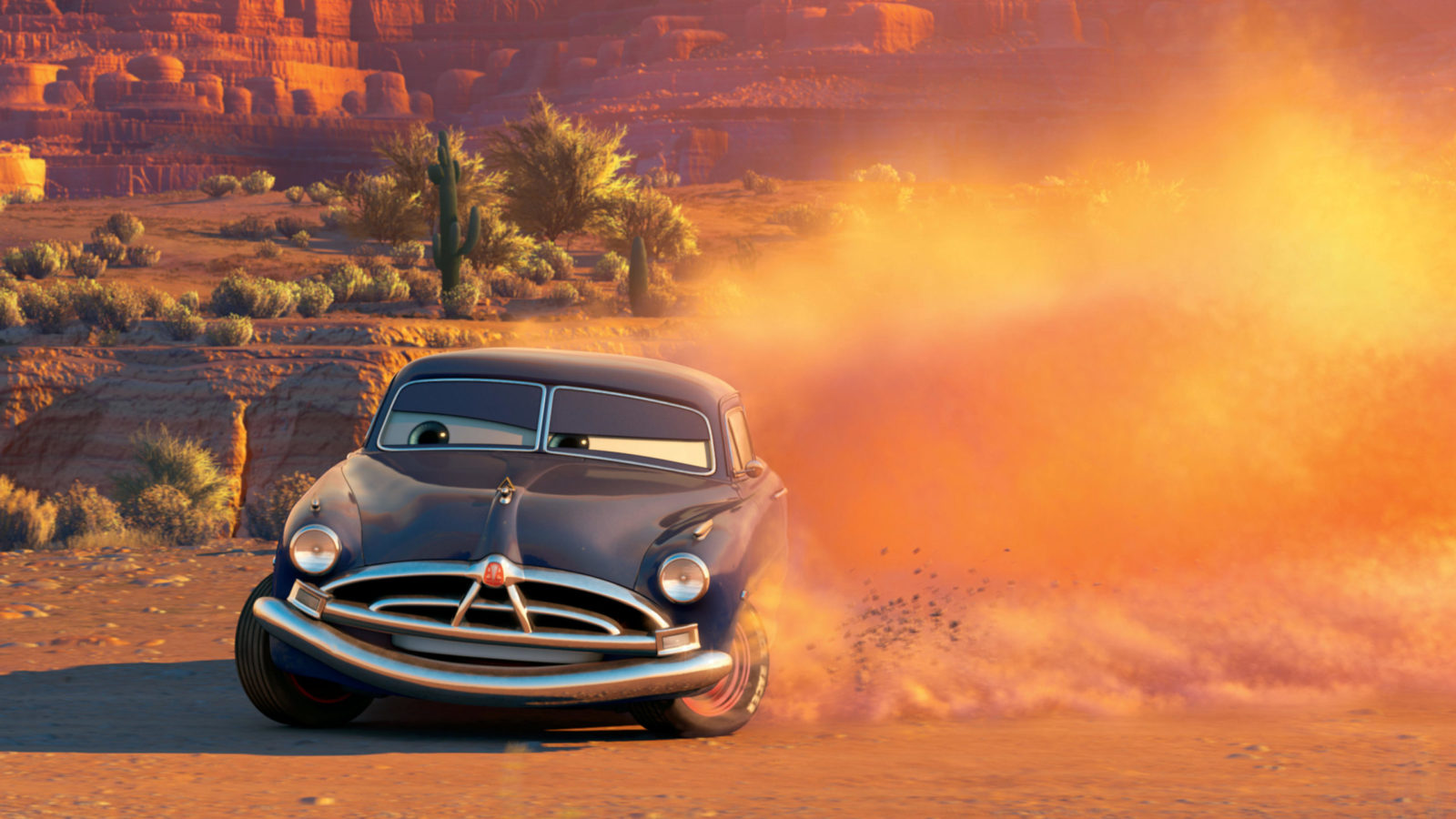 A long, slow ride that could do with a tiger in its tank, Pixar’s Cars from 2006 opens with cocky little red racer Lightning McQueen (Owen Wilson) believing that he can win the Piston Cup all on his own, without any teamwork. Hell, he doesn’t even have enough friends to give his allotted 20 tickets. Time for a big ol’ Disney lesson in humility. On his way to California, Lightning manages to get lost and pitches up in the hick town of Radiator Springs, which has been in terminal decline ever since the interstate took traffic away from Route 66. His brash big-city ways promptly cause him to fall foul of local law-enforcer Doc Hudson (Paul Newman) – a crotchety car with a Big Secret – who sentences him to resurface the knackered and neglected old highway. At first our hero attempts to escape, but – hey, guess what? He soon begins to bond with these loveable smalltowners and appreciate their folksy ways in life’s slow-lane. By this stage, 90% of nippers in the audience will be itching for something to happen. They’ve got a long wait ahead of them.

As you’d expect of Pixar, there’s plenty of funny detail in the margins (check out that car cuckoo clock!) and some imaginative interludes, such as the ‘tractor-tipping’ sequence – tractors being the four-wheeled equivalent of cows in this wholly vehicular world. But the characters are pretty bland by normal Pixar standards. Porsche love interest Bonnie Hunt is rather wet, the hippy camper van promoting “organic fuel” is a one-note joke, and most of the meagre gags are supplied by a dilapidated, buck-toothed, dim-witted pick-up truck called Mater (voiced by Larry the Cable Guy).