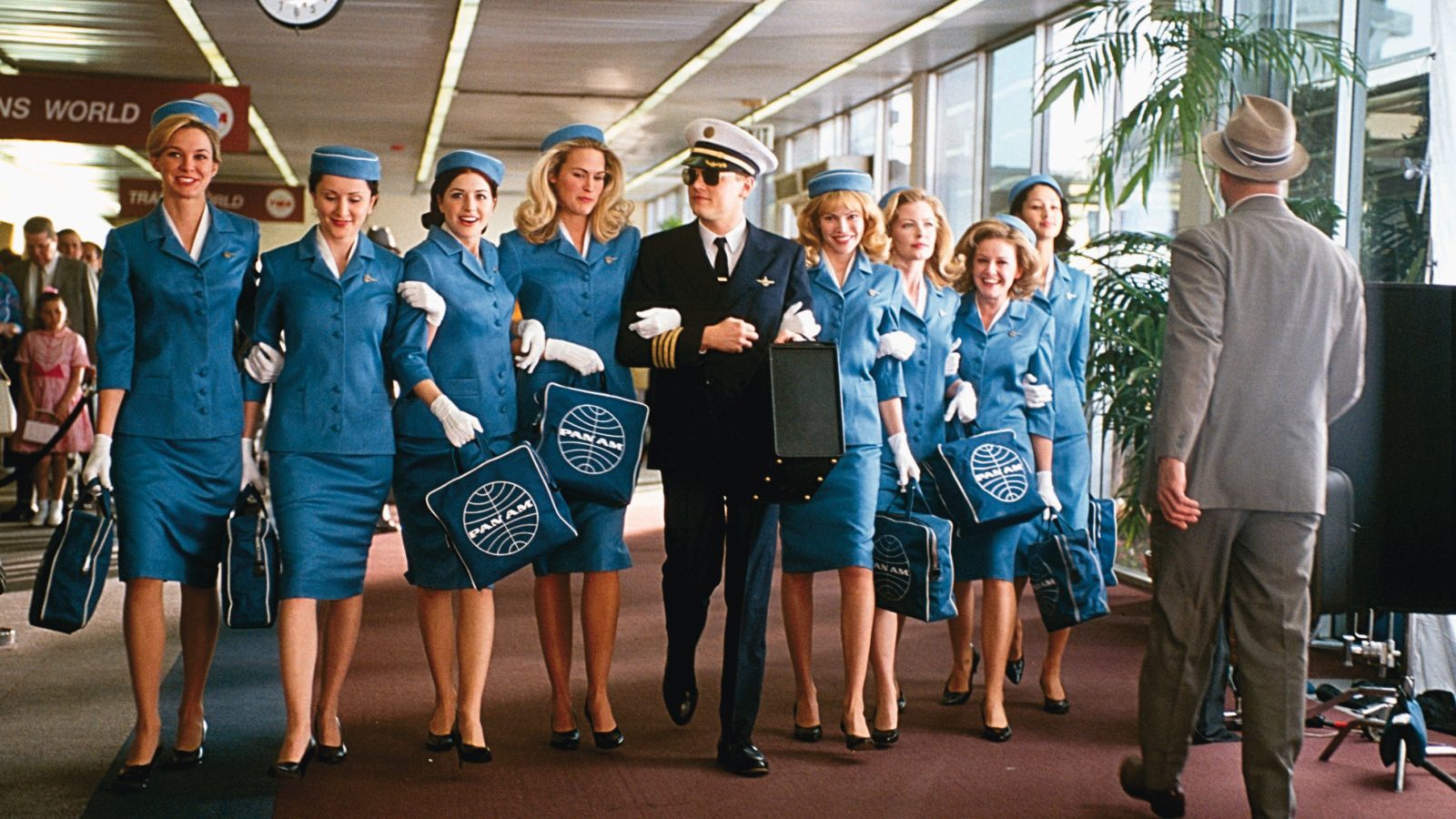 As breezily enjoyable a con caper as Ocean’s Eleven, Steven Spielberg’s change of gear after Minority Report won the Battle of the Leos at the US box office back in 2002, taking twice as much as Gangs of New York.  Catch Me If You Can is a story so improbable that it can only be true. Before he was 19, Frank Abagnale Jr had posed as a pilot, worked as a doctor and practised law, all without a single qualification. His motivation was to exploit the respect he gained from being a member of these professions to cash forged cheques. It didn’t work against him when it came to getting laid, either. And back in the sixties, cheque fraud was easier to perpetrate and slower to detect. Before he was 21, Abagnale achieved the distinction of being the youngest person ever to figure on the FBI’s ‘Most Wanted’ list.

Working from Abagnale’s self-serving autobiography, Spielberg has fashioned a glossy, superficial genre flick that fairly zips along, buoyed by a Ripley-esque performance from Leonardo DiCaprio as Abagnale, who’s shown getting a taste for impersonation after posing as a supply teacher at his own school. A restrained Tom Hanks plays his nemesis: workaholic Fed Carl Hanratty, who pursues his quarry across states and, eventually, continents. The first meeting between these two men is a superbly choreographed piece of cinema. But if the film is at its best showing us how Abagnale pulled off his cons and managed to stay one step ahead of Hanratty, it’s at its worst trying to explain why he dunnit. This being Spielberg, it ain’t good enough simply to depict him as a cunning and greedy opportunist: his parents’ (Christopher Walken, Nathalie Baye) divorce must be to blame, and Hanratty is clearly a surrogate father figure. Mercifully, all this cheesy Oprah guff tends to stay in the background while Spielberg indulges in sparkling set-pieces and sly Rat Pack-isms, including the inevitable Sinatra crooning on the soundtrack. You won’t be arguing about the morality of cheque fraud in the pub afterwards, but there will be heated discussions about whether it’s really possible to escape from a locked toilet cubicle on a moving aeroplane.