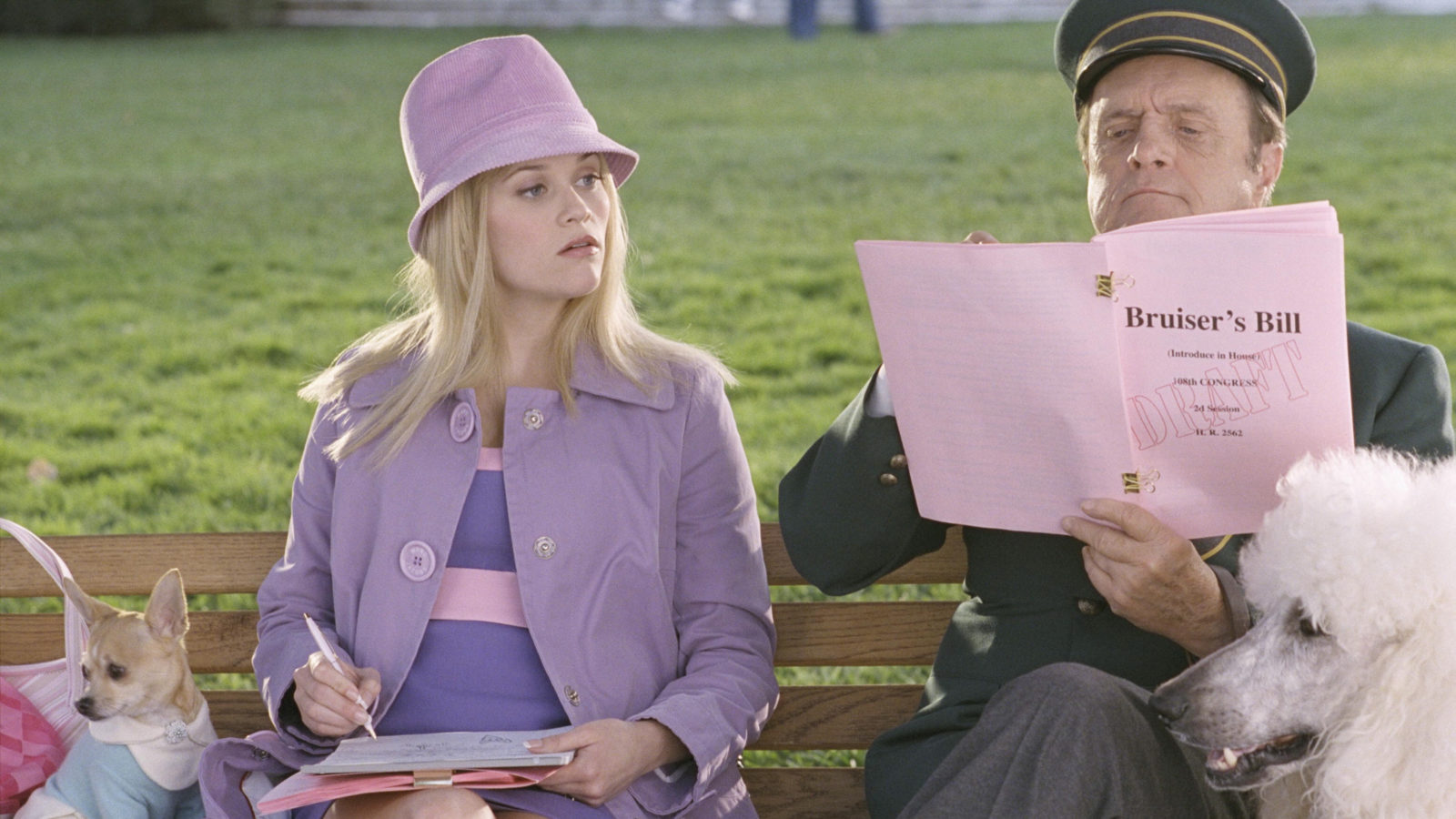 It lacks the intelligence of its close cinematic cousin Clueless and the satirical bite of star Reese Witherspoon’s earlier Election, but first-time director Robert Luketic’s 2001 adaptation of Amanda Brown’s girly novel trounced the corporate dross at the US box office, established Witherspoon’s position in the firmament, and should put a smile on the face of all but the most pompous or deceased.

A perky, super-confident, naturally blonde honours student (fashion merchandising, obviously) and president of her sorority, Elle Woods (Witherspoon) is a migraine-inducing vision in pink. Even her little Evian water-slurping dog Bruiser is accessorised to within an inch of his cute little canine life. Indeed, everything in spoiled Elle’s superficial Californian world is perfect: hell, she grew up across the street from Aaron Spelling and she’s even appeared in a Ricky Martin video. And now it’s about to get even better, as she fully expects to become Mrs Warner Huntington III soon after her boyfriend (Matthew Davis) proposes over a romantic meal. Warner, however, has other ideas. Explaining that it’s time he stopped dicking around, Warner reveals that he plans to be a senator by 30 and to do so he needs “to marry a Jackie, not a Marilyn”.

After a good blub with her girlfriends, Elle resolves to do noble battle with the malign forces of anti-blonde bigotry – and win Warner back – by earning a place at Harvard. This despite her equally vulgar dad observing that law school is “for people who are boring and ugly”.

A fluffy confection that doesn’t exactly repay close analysis, this hoary old fish out of water yarn benefits from some sharp one-liners (“I object!” snaps Elle in her best legalese when she’s wolf-whistled in the street) and a terrific performance from Witherspoon, who appears in virtually every scene. Despite this, she doesn’t hog the screen, leaving plenty of space for Selma Blair’s wonderful turn as Elle’s sour, preppy love rival and the ever-excellent Jennifer Coolidge (the wealthy lesbian trophy wife in Best in Show and Stiffler’s unforgettable mom in American Pie, in case you’re trying to place the face) as a downtrodden beauty salon worker. The relentlessly sunny Elle is so bereft of malice that it’s easy to forget this is a film that expects us to empathise with over-privileged blonde women rather than hard-grafting if intellectually snooty students, it’s somewhat startling message being that a sharp legal brain is no substitute for a sound working knowledge of haircare.

Various ticket options are available for this Wowcher Outdoor Cinema screening, which takes place in the Avon Gorge by the Hotel du Vin. Go here for details and further information.