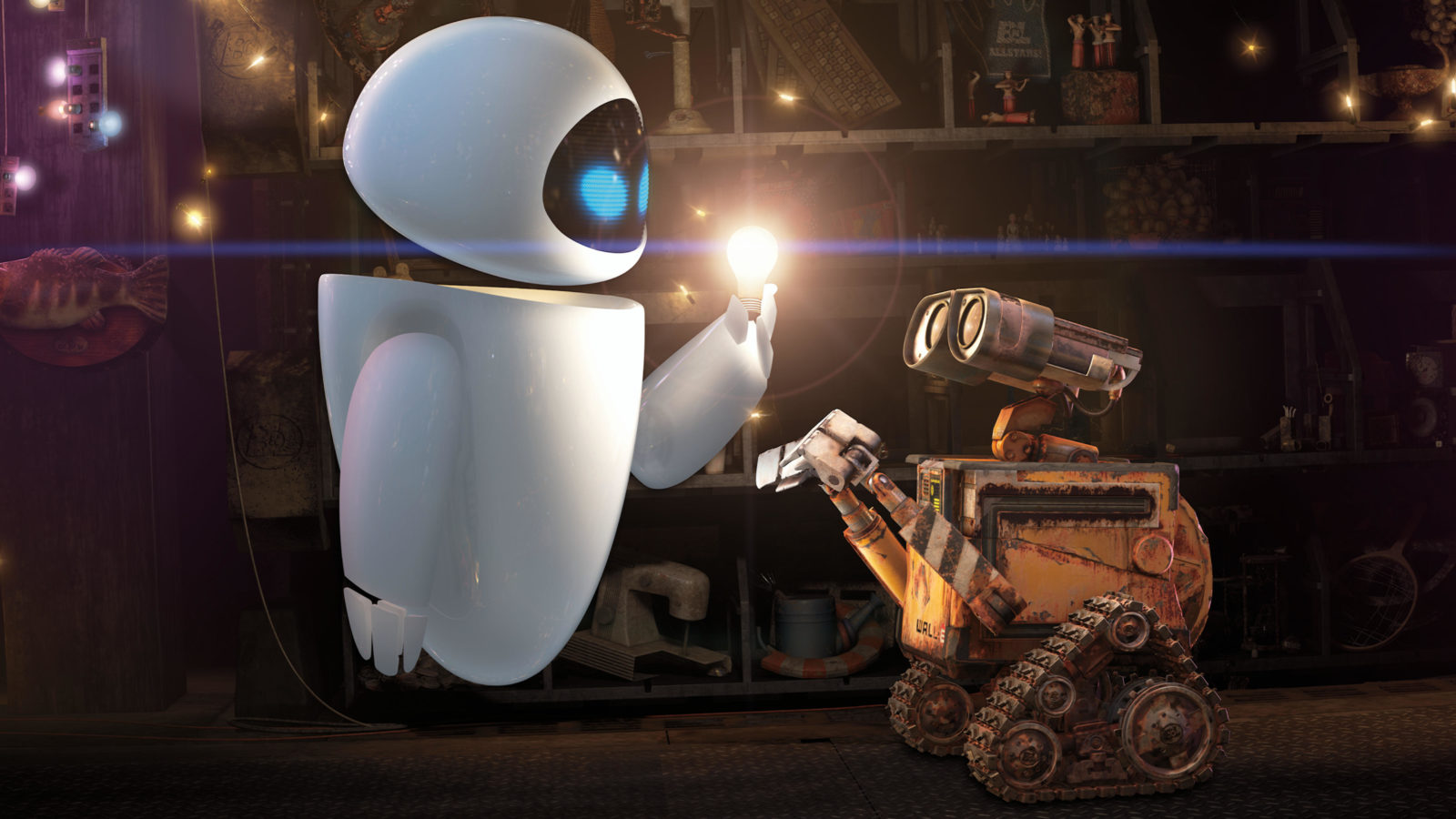 Back in 2008, Pixar’s WALL•E looked like a cheesy Short Circuit rip-off in the early publicity shots. Sighs of relief all round, then, as it turned out to be an absolute stunner; beautifully animated and brilliantly, bravely wordless for a good half of its running length. Children will love the cute tale of anthropomorphised robot love, but there’s plenty here for adults too – and it’s not of the default smart-alecky pop culture reference variety that dates much modern animation so painfully.

WALL•E is very much a film of two contrasting halves. The first is a masterclass in pure storytelling skill, drawing on the greats of silent comedy and showcasing state-of-the-art computer animation as the eponymous lonesome waste disposal robot continues to clear up the crap that mankind has left behind after abandoning the polluted earth, accompanied by his only pal – a squeaky cockroach. Back in the dark ages of, say, 1995, CGI simply wasn’t up to rendering wear and decay so convincingly. The arrival of sexy, shiny space probe EVE in search of signs of the plant life that means humans can recolonise the planet sparks the romance and leads to the more satirical second half, in which WALL•E follows EVE to the luxury space ark Axiom, where mankind has degenerated into a race of indolent, robot-controlled fatties who’ve lost the ability to walk and believe plants can be used to grow pizzas.

The film wears its green message lightly and acknowledges its debt to 2001 openly, without a nudge and a wink, leaving us to marvel at its superbly characterised robots, who communicate physically and through a limited vocabulary of synthesized sounds. Director and co-writer Andrew Stanton is careful never to allow this to slide into cheap Spielbergian sentimentality, even when WALL•E watches, literally goggle-eyed, his ancient VHS copy of Hello, Dolly! to learn lessons of lurrve.

These Bristol Film Festival screenings take place after hours in the Bristol Planetarium. Go here for tickets. You’d be advised to grab those tickets fast, as previous screenings sold out pretty quickly.