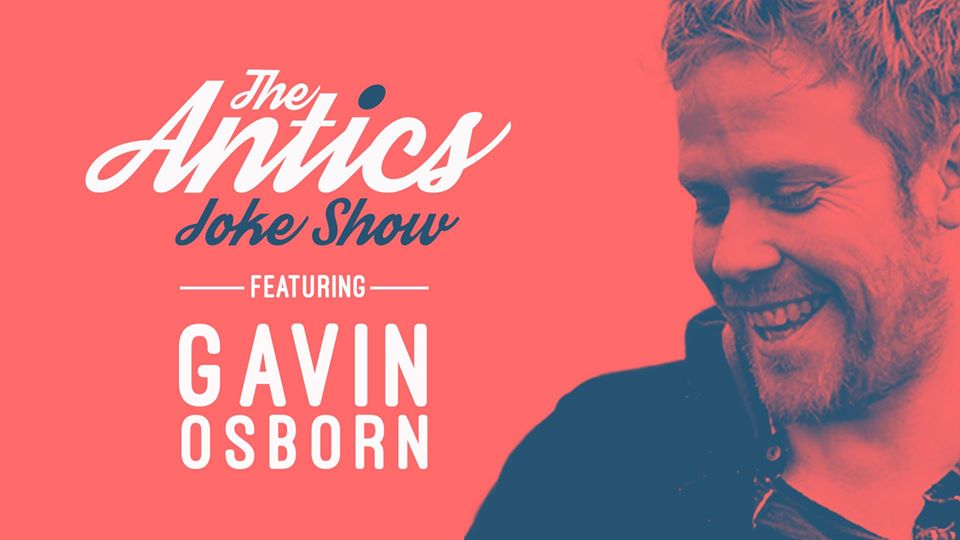 The Antics Joke Show kicks off its autumn programme with a set from acclaimed singer-songwriter Gavin Osborn.

Known for his storytelling shows with comedian Daniel Kitson (Stories For The Starlit Sky) and now with five studio albums under his belt, Gavin is a regular on the festival scene (Latitude, Green Man, Indietracks), familiar to listeners of BBC Radio 4 (Alun Cochrane’s Fun House) and fresh from a UK tour and a run at the Melbourne Comedy Festival with Kitson.

Also featuring improv from house team Up The Antics and their monoscene show Down The Rabbit Hole. Worlds will be made and shattered with a one-word suggestion.

“Up The Antics are improvising their way to even higher acclaim” ★★★★★ Inter:Mission

“A troupe that can be relied on to deliver laughs every minute.”★★★★ EdFringeReview

Plus stand-up from Bristol comics James O’Donoghue and Julia Stenton, a semi-finalist at this year’s Funny Women awards.