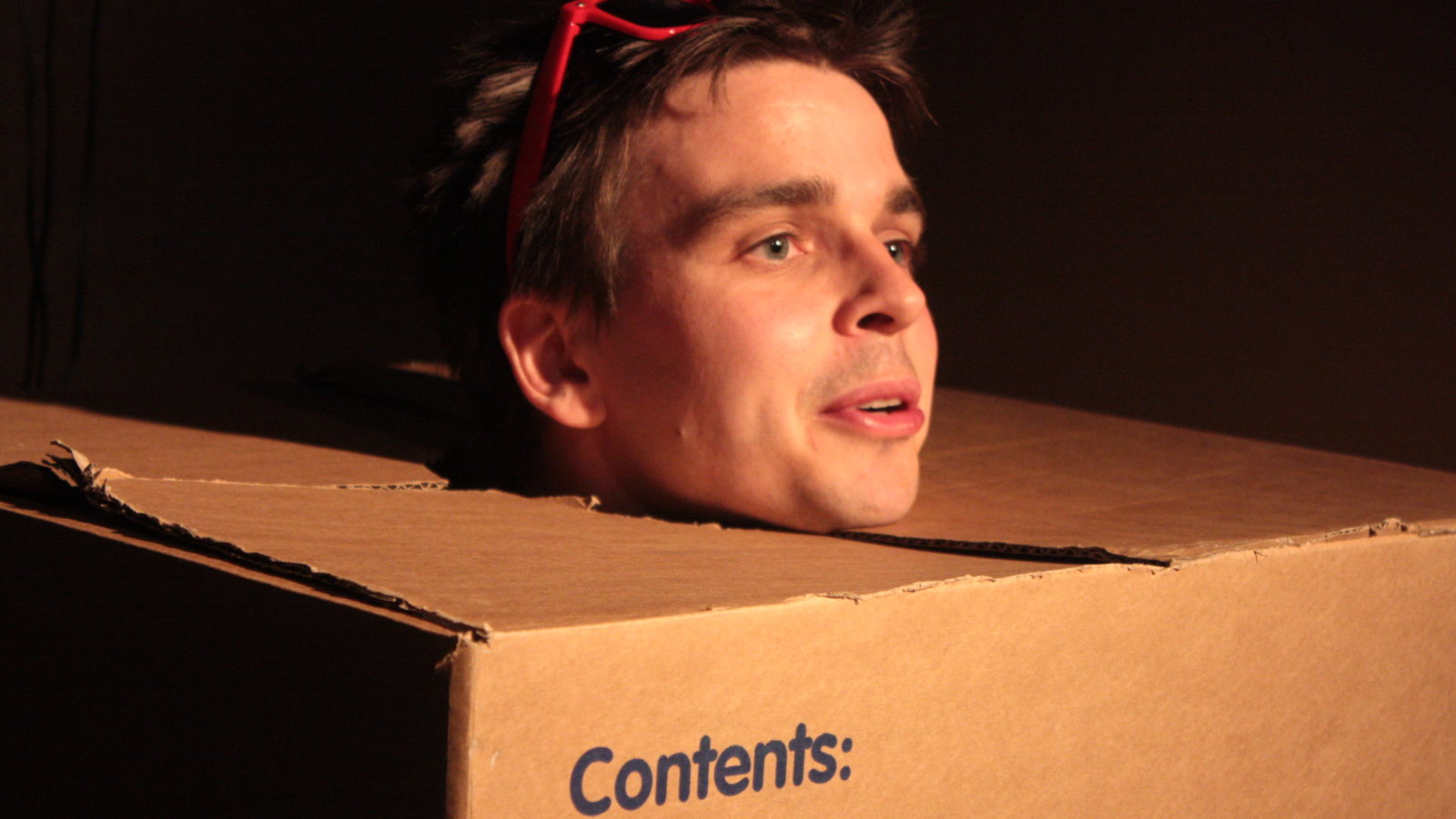 “Last year at the Lazy Dog, Joz introduced us to a friend of his named Mr. Fruit Salad. And then this year he goes and mops up stars and awards and sells out the entire Edinburgh run (plus the extended Soho Theatre run that followed) with the incredible show Joz Norris Is Dead: Long Live Mr. Fruit Salad, which won the prestigious Comedians’ Choice Award for Best Show.

“Well this year, he’s back with something new. Something unknown. Some strange and wonderful new thing he’s probably not written yet and we couldn’t be more thrilled about getting in on the action early doors again.

“Here’s a bit more of his comedy nerd cred: He’s a board member and contributor with Weirdos Comedy Collective and the Alternative Comedy Memorial Society, as well as a collaborator with Heroes of the Fringe, and the Comedian’s Cinema Club. He’s a frequent collaborator with Ed Aczel, has streaming specials on NextUp Comedy, and has a list of web videos and viral content the length of your piano tie.

“The man is comedy royalty, within a very specific (niche) Venn diagram of society who know their comedy stuff.”