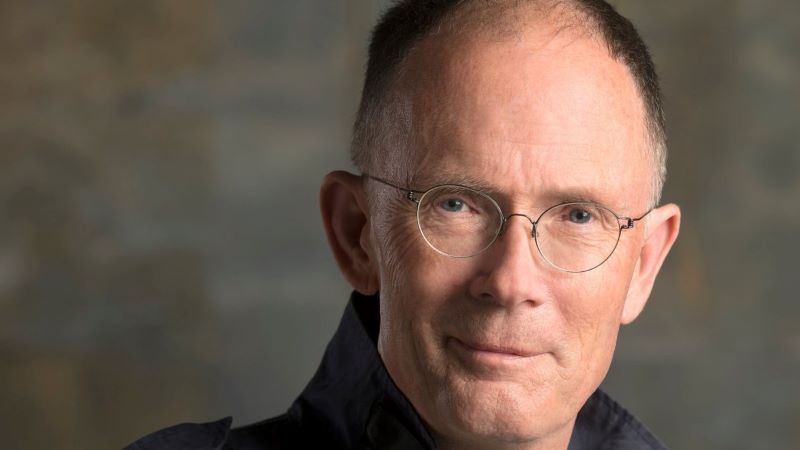 William Gibson has been described by the New York Times as ‘one of our greatest science-fiction writers’. The Boston Globe calls him ‘One of the most visionary, original, and quietly influential writers currently working’.

Gibson has trained his eye on the future for decades, ever since coining the term ‘cyberspace’ and then popularising it in his classic speculative novel Neuromancer in the early 1980s. He comes to Bristol to talk about his work, including his latest novel, Agency.

San Francisco, 2017. Clinton’s in the White House, Brexit never happened – and Verity Jane’s got herself a new job.

They call Verity ‘the app-whisperer’, and she’s just been hired by a shadowy start-up to evaluate a pair-of-glasses-cum-digital-assistant called Eunice. Only Eunice has other ideas.

Pretty soon, Verity knows that Eunice is smarter than anyone she’s ever met, conceals some serious capabilities and is profoundly paranoid – which is just as well since suddenly some bad people are after Verity.

Meanwhile, in a post-apocalyptic London a century from now, PR fixer Wilf Netherton is tasked by all-seeing policewoman Ainsley Lowbeer with interfering in the alternative past in which Verity and Eunice exist. It appears something nasty is about to happen there – and fixing it will require not only Eunice’s unique human-AI skillset but also a little help from the future.

A future which Verity soon fears may never be . . .