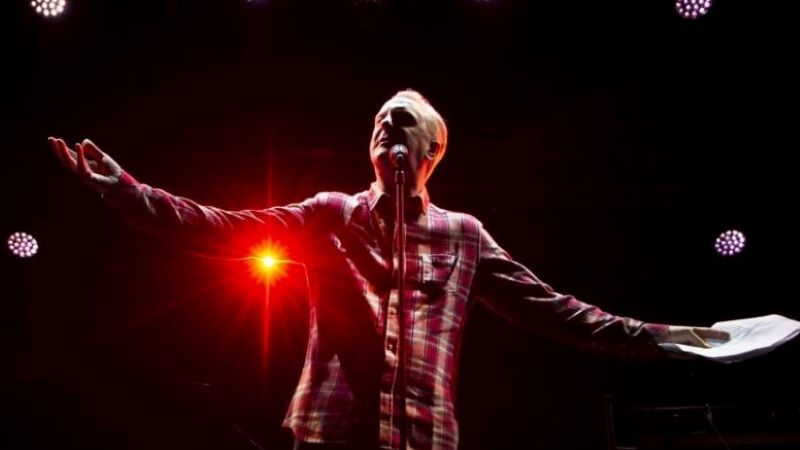 “Now a national hero” (The Guardian) having “stunned millions of people” (Huffington Post) with his iconic performance in Manchester in May 2017, international audiences are quickly discovering what has been an open secret for well over a decade: an evening with Tony Walsh is a rip-roaring rock and roller-coaster ride from a profoundly inspiring artist at the very top of his game.

Tony’s performance will including brand new and little heard poems from his eagerly awaited new collection, WORK | LIFE | BALANCE alongside some much-loved audience favourites. Tony’s poems have had over five million views online in 2018 alone.

Tony will be available for book signings after the show.

Stephen James Smith is a Dublin poet and playwright central to the rise of the vibrant spoken word scene in Ireland today. His poetry videos have amassed over 2.5 million views. In 2017 he was commissioned by St. Patrick’s festival to write a new poem as a “Celebratory Narrative” of Ireland. The resultant piece ‘My Ireland’ is accompanied by a short film which has been viewed over 300,000 times and was screened at the London film festival.