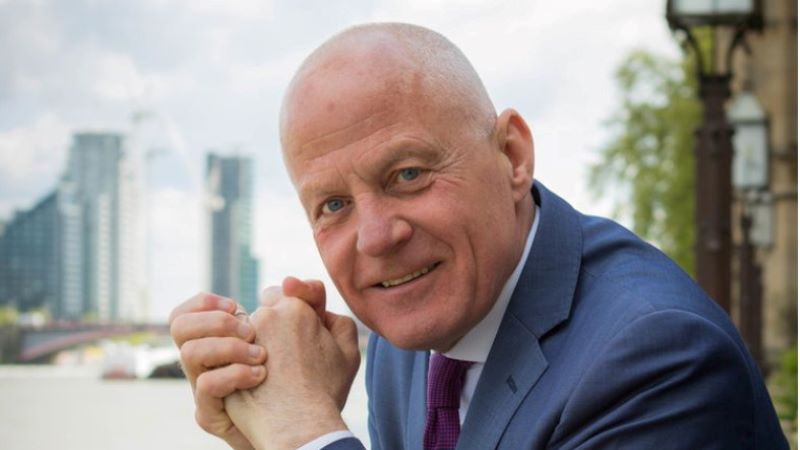 Actor, gay rights activist, MEP Michael Cashman, introduces his autobiography, One of Them: From Albert Square to Parliament Square.

Michael Cashman has lived many lives, all of them remarkable: as a beloved actor of stage and screen; as a campaigner for gay rights; as an MEP and as a life peer.

Born in the post-war East End of London, young Michael’s life is changed when he is spotted in a school play, cast in Lionel Bart’s Oliver! and is transported to the glittering West End. Acting on stage and screen into adulthood, he finds his most defining role as Colin in Eastenders, making television history as one half of the first gay kiss ever broadcast on a British soap. But it is a chance encounter in a Butlins resort that leads Michael to the great love of his life: Paul Cottingham, who would become his husband and partner of 31 years.

We follow Michael’s second act, as with Ian McKellen he founds and chairs Stonewall, fighting tirelessly for civil liberties all over the world before entering the world of politics. His adventures and misadventures lead him and Paul as far and wide as high tea in LA with David Hockney to flirting with Joan Collins to flying the rainbow flag over the Albert Hall with Elton John. But Michael’s greatest triumphs are seasoned with bitter loss – and he continues his ceaseless fight bearing a profound grief.

One of Them contains as many multitudes as its author: glorious nostalgia, wicked showbiz gossip, a stirring history of a civil rights movement, a sorrowfully clear-eyed exposition of Britain’s standing in Europe, and an unforgettable love story. Told with warmth, wit and humanity, it is an account of a life lived both left-of-field and firmly embedded in the heart of all that makes Britain liberal and good.

Reviews
“Beautifully written, it moves with ease from a tough childhood in the East End of London through the bohemian life of an actor ending up in the world of politics, all knitted together with an unpredictable and moving love story. It made me happy and sad and all points in between” –  JO BRAND,

“A powerful account of public life, love and loss … Passionate and true, illuminating, bright and breezy … In the league of My Early Years, Charlie Chaplin’s great account of late 19th-century south London – graphic, filled with smells and tastes and strange encounters … A great book about love, pain and the whole damn thing” –  Simon Callow, GUARDIAN

“With this memoir Michael Cashman can add “writer” to a CV that already includes “actor”, “politician” and “campaigner”. Apart from its important contribution to British social history, this is a book to be savoured for its own sake as a wonderful piece of descriptive writing and a rollicking good read” –  ALAN JOHNSON, author of the bestselling This Boy,

“Michael Cashman’s beautifully crafted memoir left me in tears and grateful that he had the courage to lay out his almost unimaginable life with such impressive honesty … Above all, however, this is the tenderest of love stories, a proud testament to a decades-long queer romance. There are so many reasons to love this book” –  ARMISTEAD MAUPIN,

“This book, unlike any other I’ve read, is a true portrait of a brave actor/politician/Lord. Michael Cashman shares his most private feelings in a memoir to cherish” –  IAN McKELLEN,

“Michael Cashman describes his journey from a cruel Dickensian childhood to the dignity of the House of Lords with brutal honesty. I was shocked, amused, and deeply moved by this life of a brave, good, man
” –  SHEILA HANCOCK,

“In February, Michael Cashman, now Lord Cashman of Limehouse, tells his life story in One Of Them: From Albert Square To Parliament Square … from East End boy and child actor to soap star, Stonewall founder, MEP and now member of the House of Lords” –  SUNDAY EXPRESS