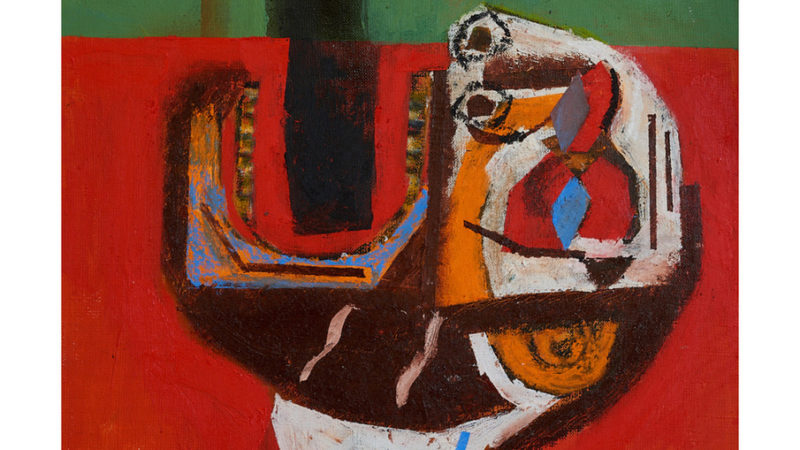 Paul Sonabend was born in Liverpool in 1957, to parents of Polish/German origin. Persuaded by them that a degree leading to a sensible job was the correct path for a nice Jewish boy, he reluctantly studied Economics with Politics at Liverpool University, emerging with respectable results.

He has always been deeply involved in the arts. As a student he wrote two plays, both successfully performed by Liverpool Playhouse. But soon painting took over as his true passion. He moved south to Bath, and briefly attended Bristol Art College but never completed the course: a tutor advised him to ‘just go away and paint’, which is exactly what he did.

In 2002 Sonabend had a successful solo exhibition at Bath’s Victoria Gallery. He has shown with Adam Gallery, Bath and others, but until recently wished merely to be allowed to paint, not concerning himself with anything else. A crisis of the crippling bi-polar condition, from which he has long suffered, in 2012, led to complete medical reassessment and change.

He has now decided to be open about his condition. “It’s who I am,” he says. He showed with Agora Gallery, New York in 2015.

Sonabend has always followed his own road, whilst paying tribute to the influences of various artistic movement and artists: the German Expressionists Beckman, Kirchner, George Grosz and Otto Dix; Picasso and more recently the New York neo-expressionist Jean-Michel Basquiat, who died tragically young in 1988. Sonabend absorbs what they have to say and reinterprets it in a way that is entirely his own.