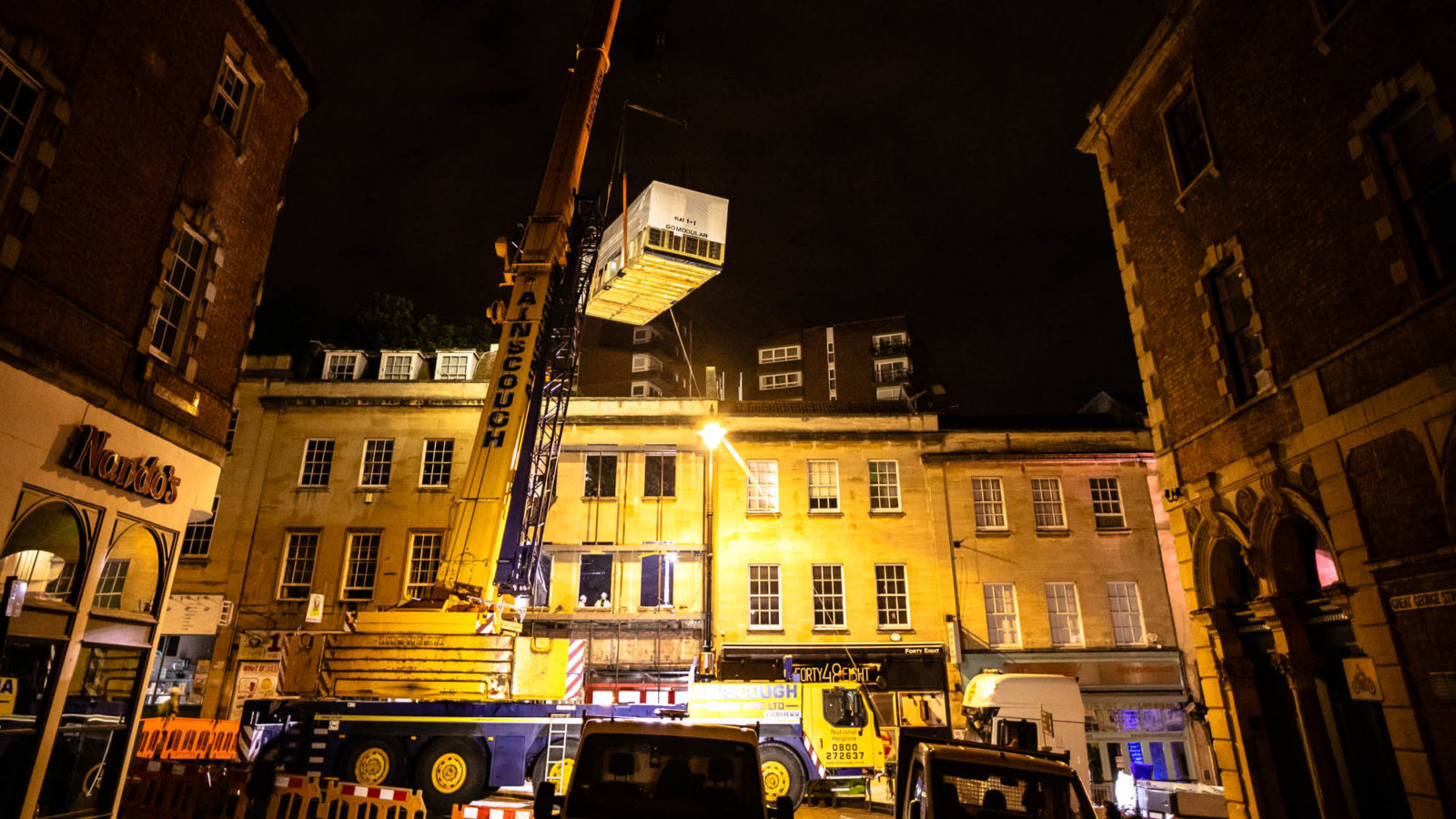 Modular construction has been used widely for new builds, but in a first in the UK homes that have been created off-site in a factory and have been specially made to fit into the shell of an existing building are being craned into place on Park Street.

Bristol developer Urban Creation believes that this pioneering approach to construction “has the potential to revolutionise the future of home building in the UK”.

50 Park Street, built in the 1950s after the previous building was bombed during the Second World War, was most recently a nightclub before being hollowed out to make way for student accommodation in the upper floors, and retail and office space on the ground floor.

The flats being lowered into place are all completely bespoke in size to fit the exact specifications of the Park Street building, and are already fully fitted out and decorated with kitchens and bathrooms.

Urban Creation director and owner Jonathan Bracknell has teamed up with modular construction specialist Go Modular for this project, with the crane being set up on Park Street on Sunday evening.

Bracknell said that he is “very excited to be taking modular construction to a new level, using a highly innovative approach that has the potential to revolutionise the future of home building in the UK”.

He added: “The UK is facing a significant construction skills shortage, which is exacerbating the housing crisis as it means we aren’t delivering enough homes to meet demand. Modular construction is set to revolutionise the future of home building in the UK, as it brings huge benefits compared to traditional builds.”

Modular homes are able to be completed much quicker than traditional homes and created in a controlled environment meaning the construction programme isn’t at the mercy of  the weather.

There are fewer snagging issues as a result and it causes less disruption to neighbours as most of the build is carried out off-site. 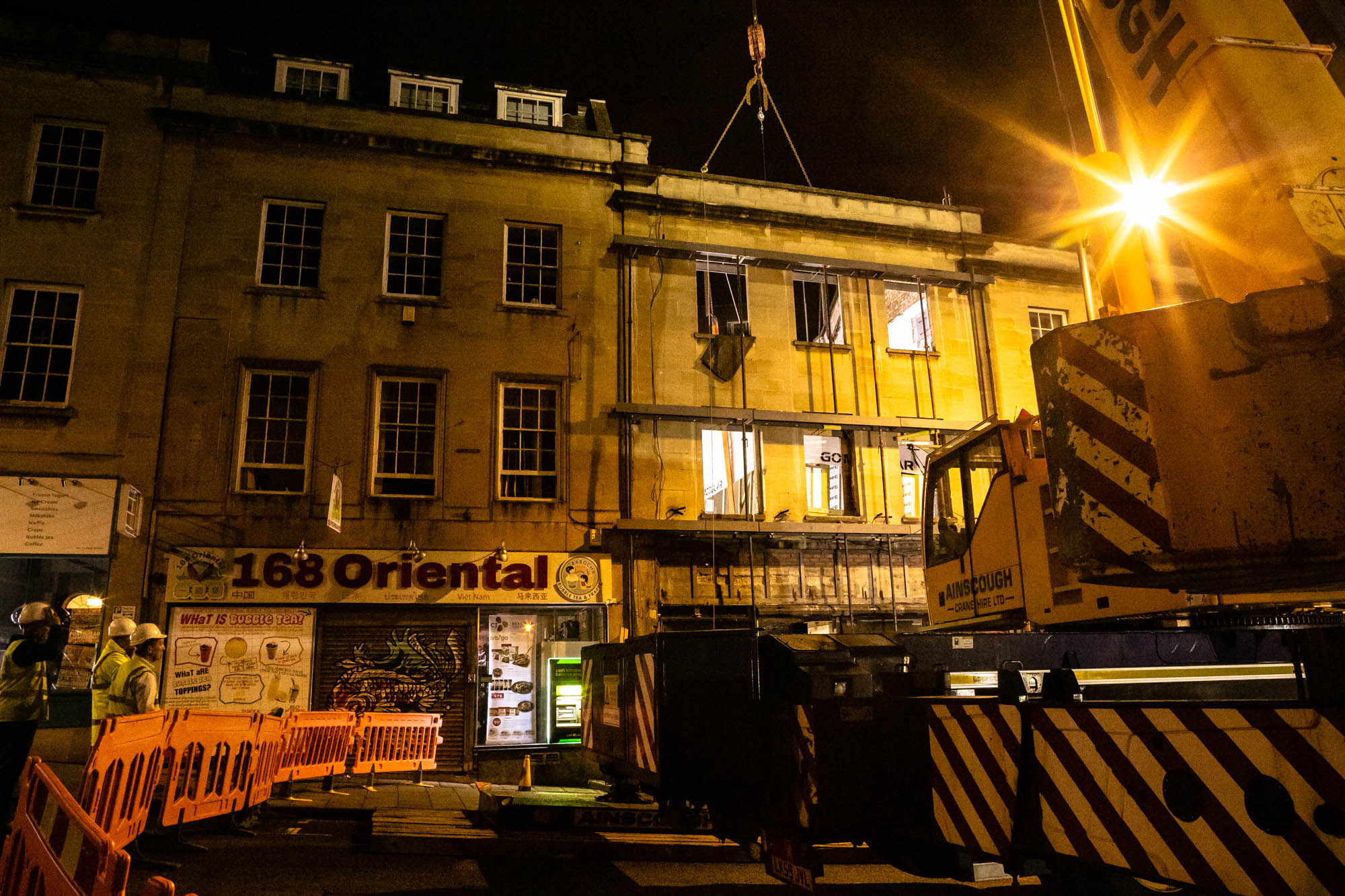 Over three nights, nine pre-built apartments are being lifted by a 200-tonne crane into 50 Park Street through the open roof into the cleared shell of the building, after arriving by lorry from a factory in Southampton.

The building team has already stripped out 50 Park Street, removing the internal floors and walls, stabilising the shell of the building with a steel structure.

The scheme will include 13 beds including two three-bedroom flats, five one-bedroom duplexes – with an upper bedroom area – and two studios.

“Modular homes are a far cry from the prefab housing of the 1940s,” Brecknell said.

“They are designed and fitted out to the highest standard and built to last. We pride ourselves in our meticulous attention to detail and ability to take complex buildings and give them a new lease of life – and 50 Park Street is no different.

“Now that we’ve put this innovative approach into action, we’ll be looking to use this method in other suitable development projects.” 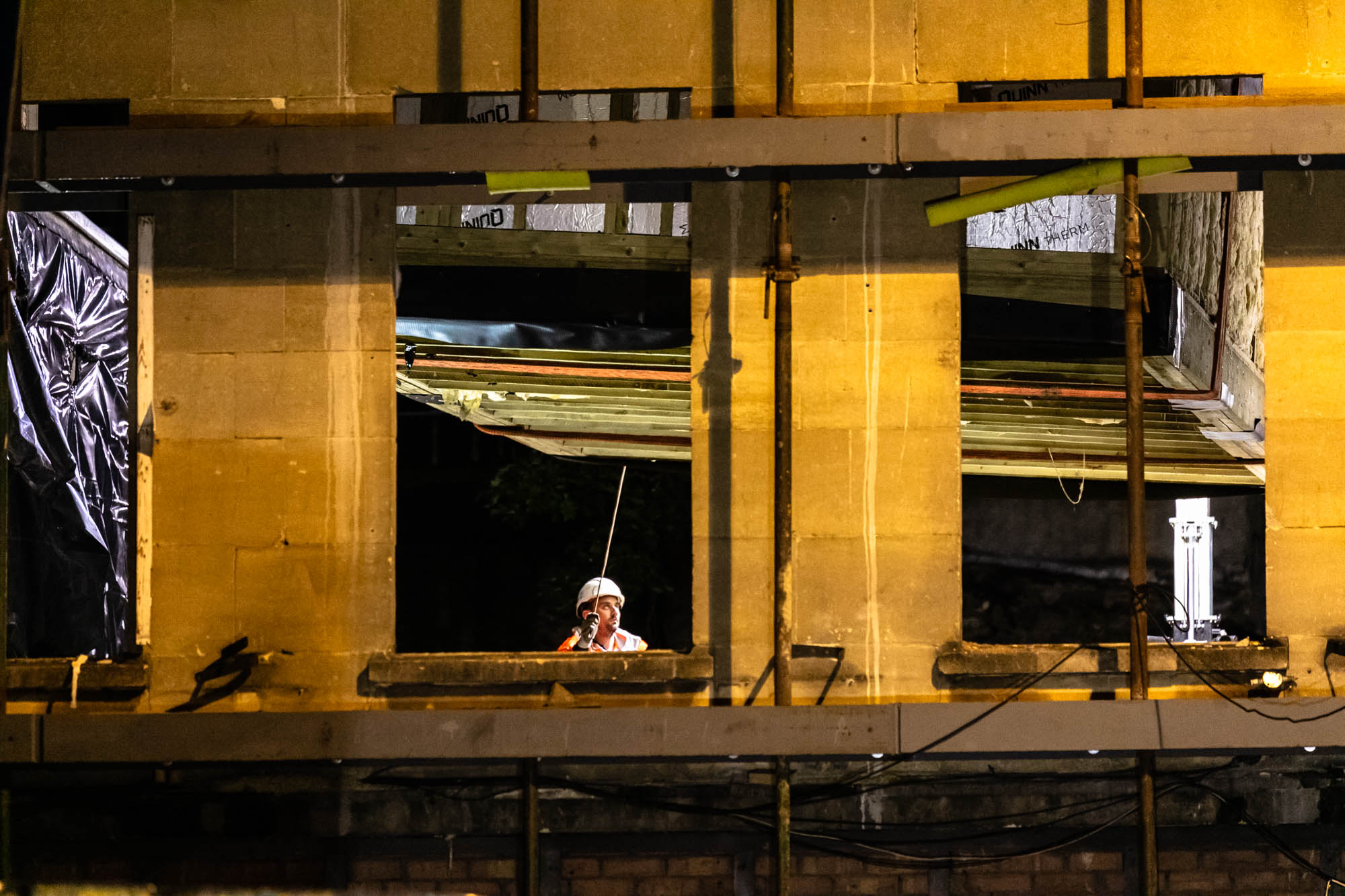