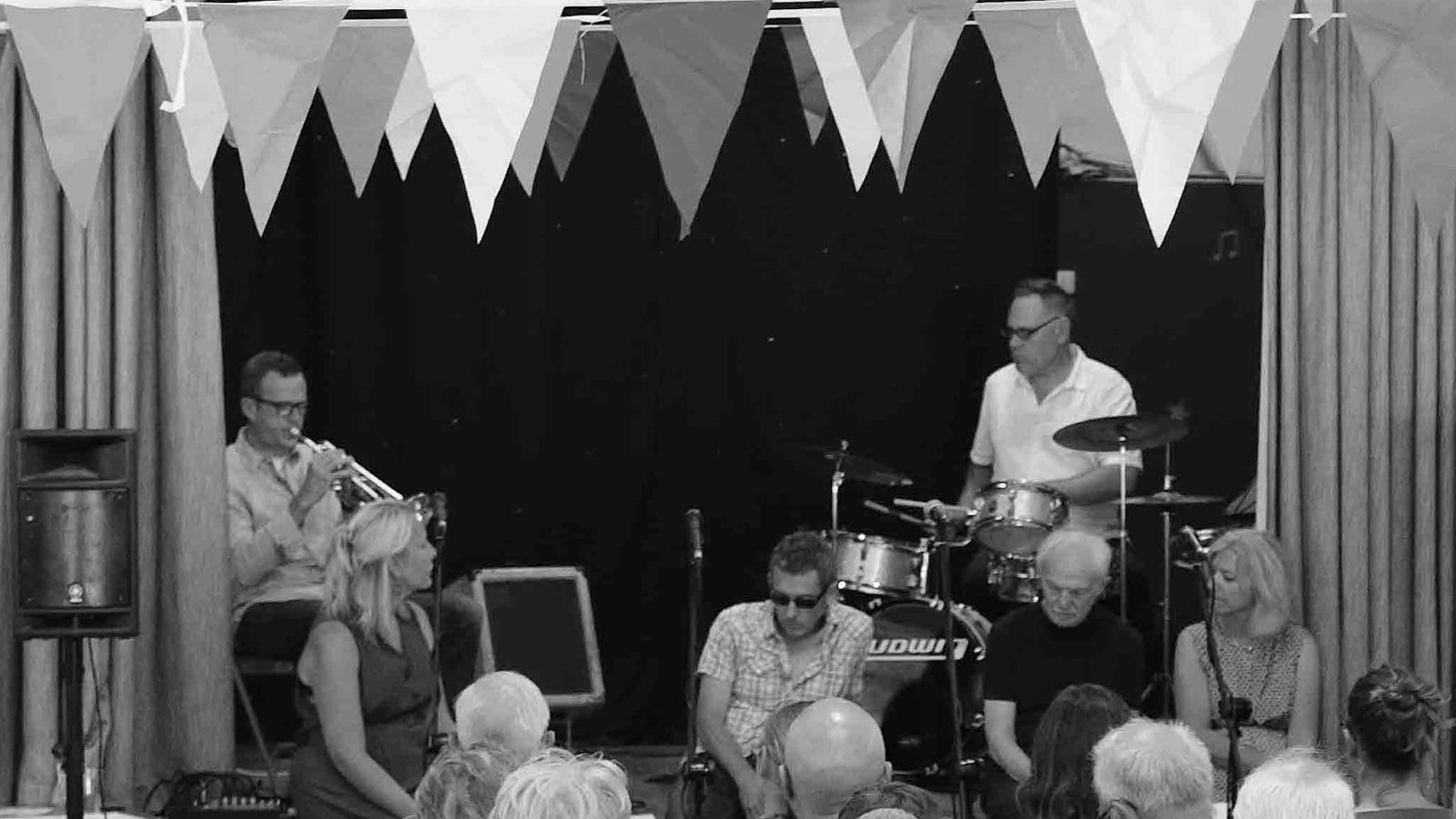 Little remains of the seaside paraphernalia of Severn Beach’s 60s heyday other than the station marking the end of a railway line that runs from Temple Meads through the Avon Gorge to Avonmouth docks and beyond. Track Record is an imaginative collaborative project between poetry collective The Spoke and contemporary jazz duo Eyebrow aiming to catch the distinctive ambience of the line.  The resulting sequence of poems and music, roughly timed to match the train journey, will be released as a booklet and CD in September but this preview event was linked with the annual Severn Beach Festival. 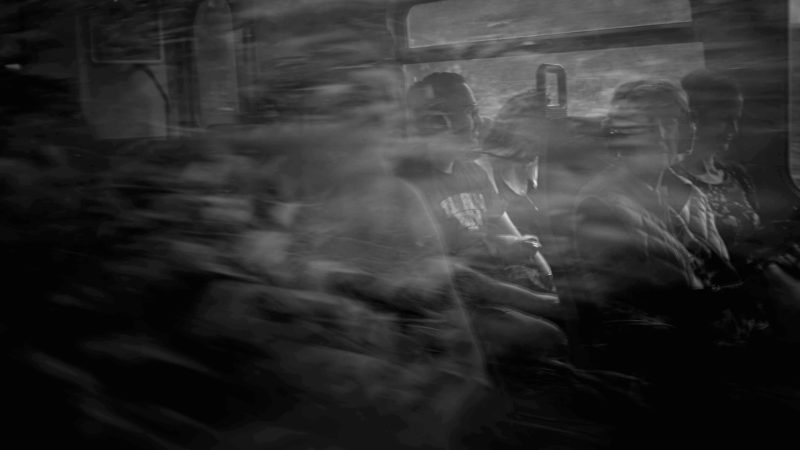 Thus, armed with Silent Disco headsets, we assembled at Temple Meads’ Platform 1 to be ushered onto the waiting train and, as we rumbled out towards Lawrence Hill, a muted trumpet announced the first poems. Robert Walton mused on Brunel’s great hopes, Claire Williamson caught the wistful ambience of the Bonaparte bar, Elizabeth Parker recounted the life behind the drudgery of commuting. Underneath each verse Paul Wigens’ precision drumming and Pete Judge’s floating underblown echoes haunted the words, enhancing the atmospherics. The mix of local history, social observation and railway rhythms was set for the rest of the journey. 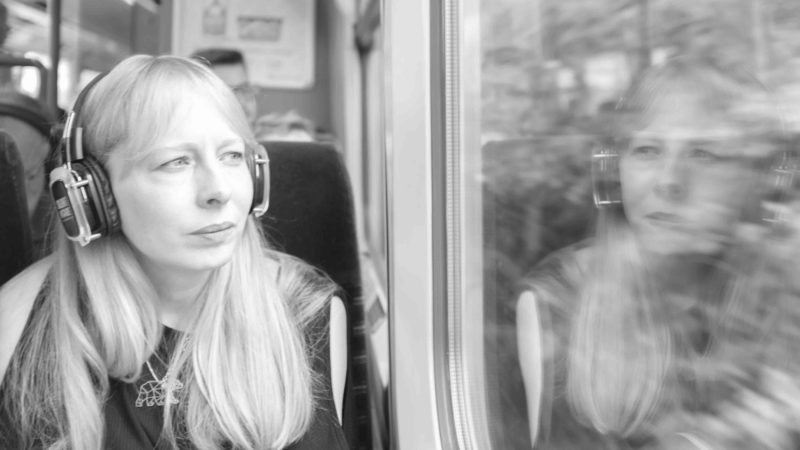 It was a nicely weird experience, a crowded carriage full of thoughtful silence greeting each station stop with the expectation of fresh surprises. Quite what the regular passengers getting on and off made of the spectacle is anyone’s guess – we were caught up in a live soundtrack to reality and they had become an element of our experience. As we chuntered through the Gorge the words and music lost their urban edge and became gentler, more pastoral until the industrial brutalism of St Andrews Road brought things back into a harder grey caught by Claire Williamson’s Turbine. Eyebrow’s Paul Wigens always provides smoothly subtle patterns of movement that were perfectly suited to this process, dissipating into the bird-scattered open spaces of estuary mud behind Claire Williamson’s Migrations. Whether or not we saw her  “wheatears, turnstones, skuas and terns” is arguable but we certainly got the mood as the long motorway bridge slide into view. 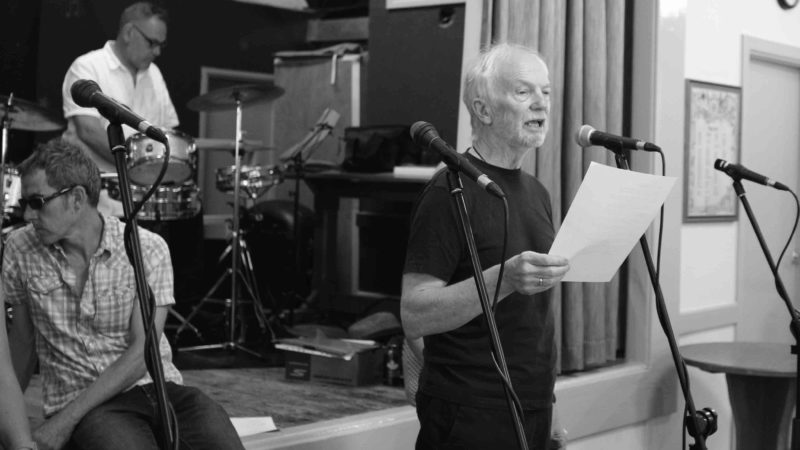 Once disembarked we headed for the Festival with its lively karaoke stage and an impressive range of snakes (in boxes) being carried around. A little later the whole Track Record was performed live in the village hall (with Jan Edwards deputising ably for the absent Chris Williamson).  Having so recently heard the material it was interesting to re-hear it without the dimension of the scenery and it held up well. 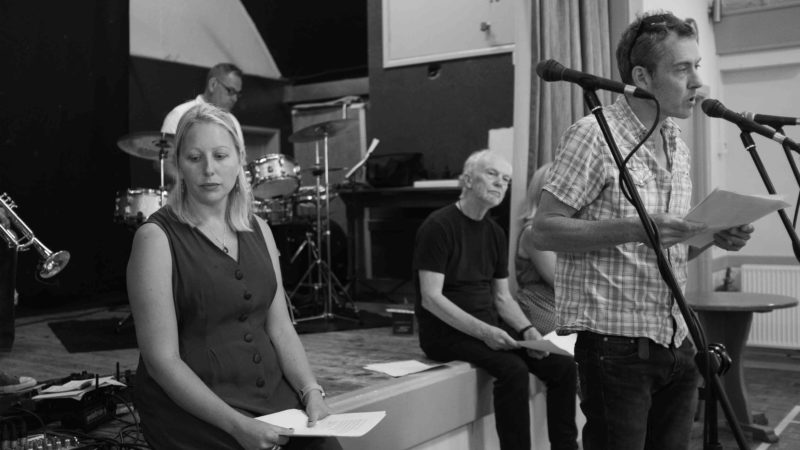 However, the true value of this project was clearly in that fuller experience and given that you can download the whole thing yourself it’s to be recommended that you do just that and then find a sunny day, pack a picnic and head for Temple Meads. As we’d crept into Clifton Down Station earlier in the day Paul Deaton’s Spirals had observed that ‘The biggest journeys come close to home’ and this carefully executed project had made that abundantly clear.