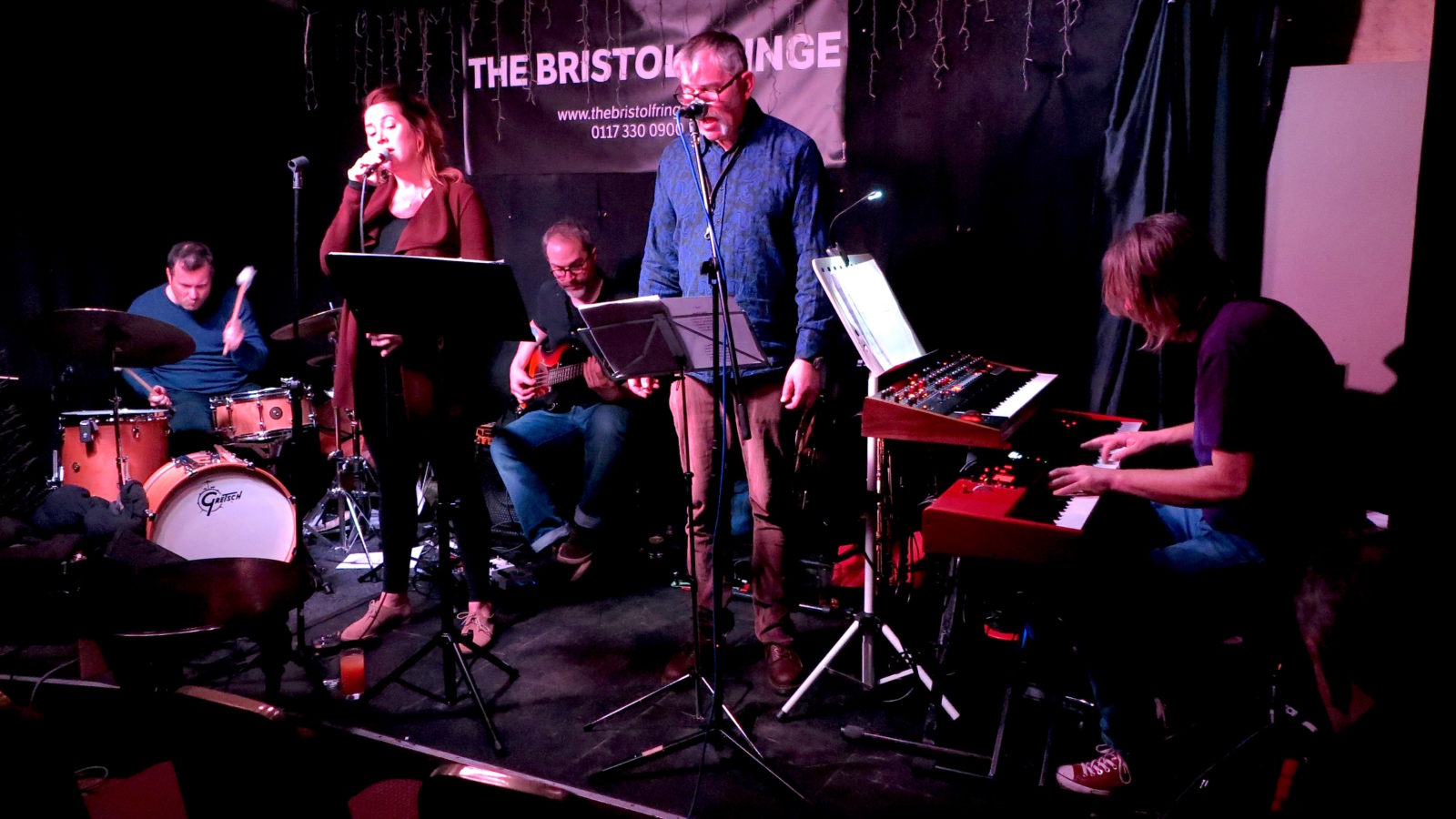 Multi-instrumentalist composer Kevin Figes has ever been one for adventuresome surprises, with octet and big band projects alongside more regular trio and quartet bands. Turning up at the Fringe with a 5-strong ‘quartet’ that featured himself on occasional vocals, however, proved he’s still pushing at his own envelope. That the music was a blend of 70s retro jazz-rock and free improvisation – including an extended solo on a Christmas tree – added to the surprise factor very nicely. 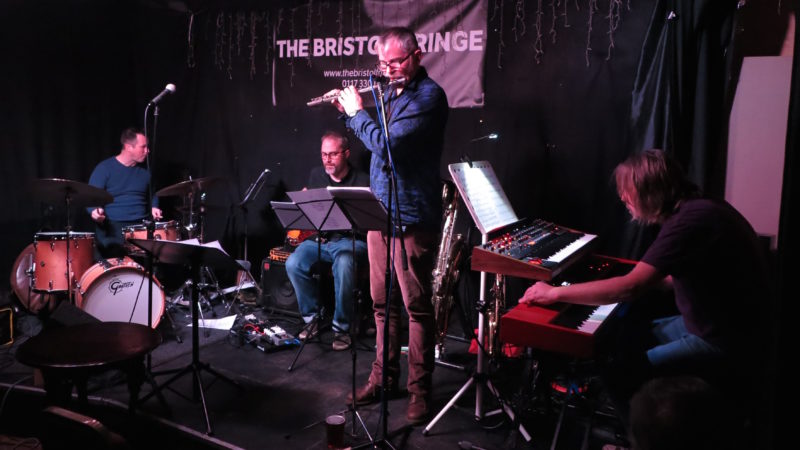 This was very much a gig of two halves, however, beginning with an instrumental set of Kevin’s compositions typically quite closely written and featuring some elusive time signatures. In a hint of prog to come, opener Sea View was underpinned by Riaan Vosloo’s portentous bass guitar and overlaid with sequenced synth from Jim Blomfield. The timbre of this had a strong hint of John Carpenter that was nicely at odds with Kevin’s more lyrical flute melody. After a solo synth opening Mark Whitlam’s drumming drove into Enid Dodd’s Ruler in a dialogue with the bass guitar that coalesced around a catchy melodic core. The piece assembled itself into a strong unified groove with a snappy end, a neat piece of writing. 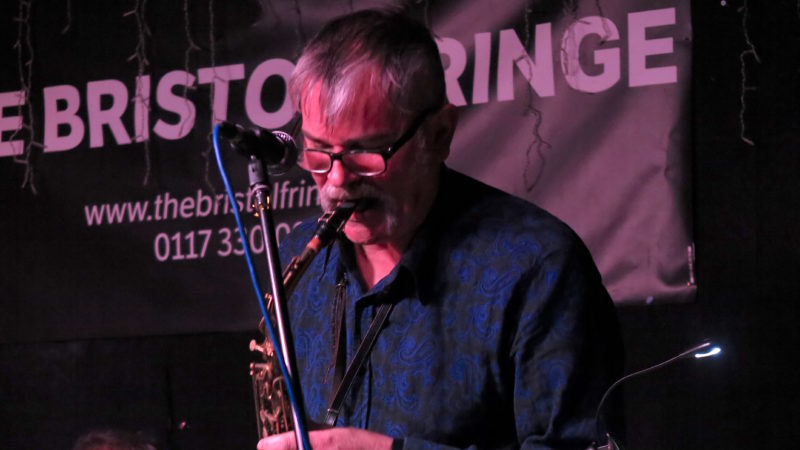 Similar grooving energy applied to the Soft Machine inspired Toothpick, bustling bass and drums and rich keyboard harmonics catching the Canterbury vibe exactly, Kevin switching to fluent, urgent alto sax to give a sharper edge to the tune. By contrast Guiding Light’s tribute to Hermeto Pascoal was a more delicate study, with Jim’s opening piano solo Satie-like in its poised economy. It was a duo piece that was almost classical in construction, the soft tones of Kevin’s soprano sax weaving hauntingly over the descending piano chords as it unfolded in unhurried simplicity. 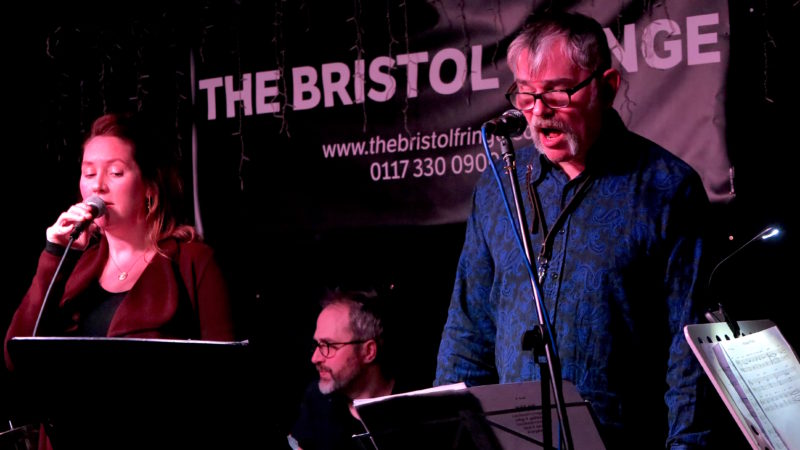 We were warned that the second set would be very different, being a continuous suite of pieces with Emily Wright contributing vocals. What few could have anticipated was that Kevin would also be singing, mostly in unison with her, and that the music would shift into a more fluid mode with occasional shifts of tone and style but a fairly consistent pace. The self conscious avoidance of a groove meant that odd flavours emerged: the song All That I Want (Is Somewhere To Lie Down) felt like a bossa nova, not least with Emily’s rich lower register singing, yet the music was a mix of tumultuous piano and swirling cymbals. At another point, while Emily vocalised in duet with Kevin playing soprano sax, Jim seemed to have constructed an 80s Electro-House keyboard part, albeit without any discernible beats. 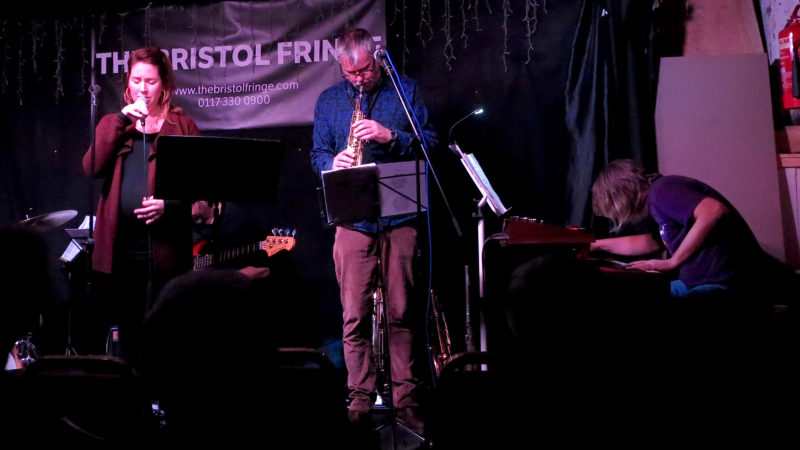 It was a fascinating sequence of surprises, with each player getting a turn in the spotlight and Mark Whitlam choosing to improvise on a small metal Christmas tree, plucking and striking the branches like a cascade of Zimbabwean m’biras. Throughout the set Jim explored a combination of keyboard sounds from crunching spider mandibles to interstellar sweeps, each defining much of the music’s overall atmosphere, yet it was a spell of impassioned piano that simultaneously echoed Oscar Peterson and Bela Bartok that really stood out. 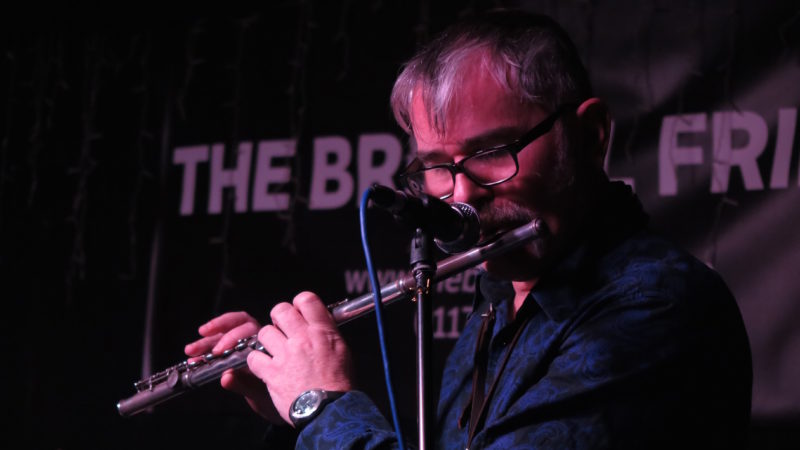 All in all this was a commendable enterprise from a composer always looking to extend his reach, and it gave the five participants the chance to shine in their own right while holding together remarkably well.