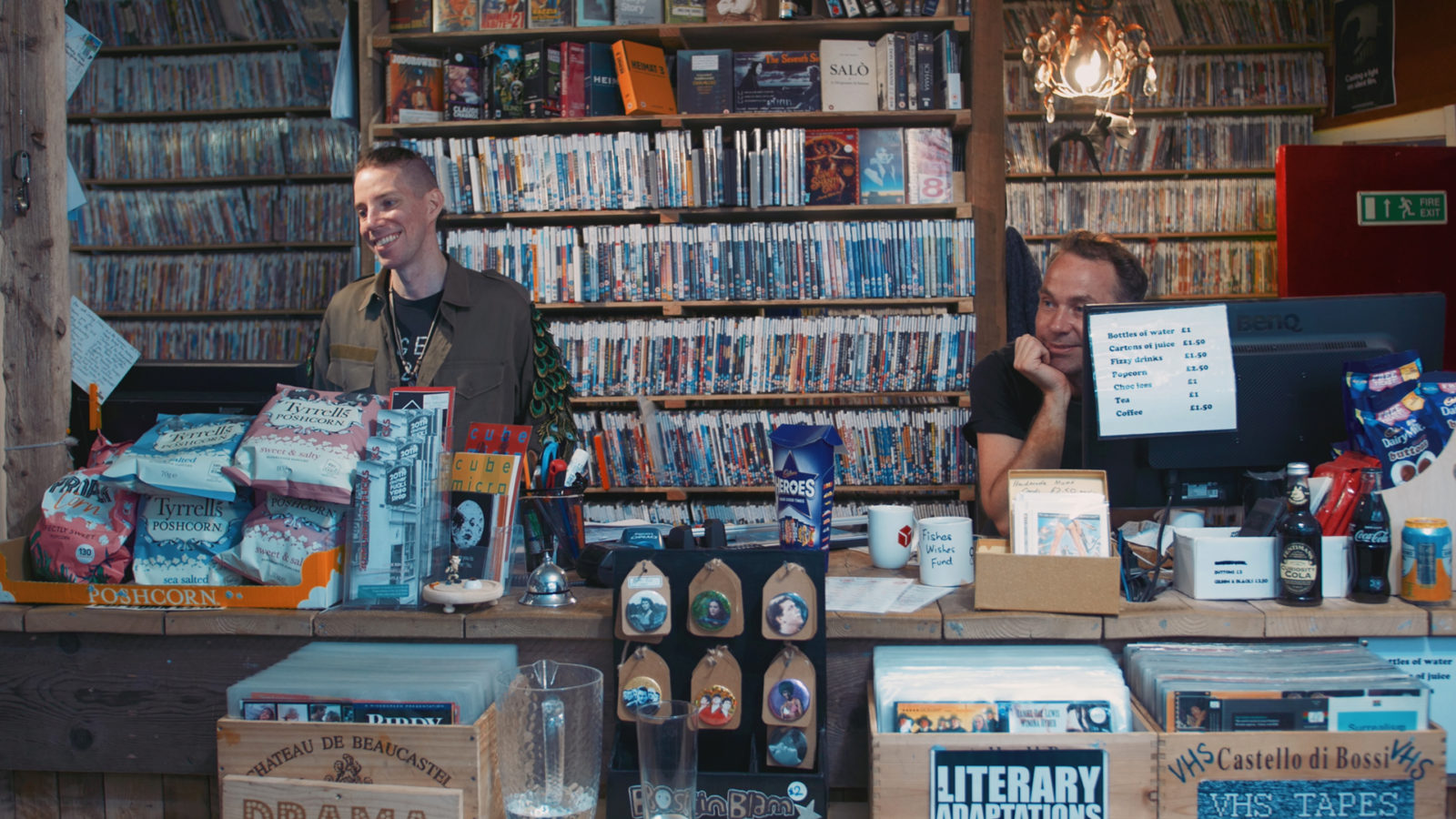 Tucked away on Christmas Steps is the longest-running video shop in the world. Mind you, there’s not much competition these days, as such businesses have become an endangered species. By default, 20th Century Flicks is also the custodian of the largest collection of films on video and DVD in the UK.

Now this great Bristol institution has been celebrated by filmmaker Arthur Cauty in his new short documentary, The Last Video Store.

Arthur’s credits include the critically-acclaimed alcohol culture feature documentary A Royal Hangover, starring Russell Brand. In his director’s statement for The Last Video Store, he enthuses: “It’s an ode to the video shop experience and a bygone way of watching movies. With studios like Disney launching their own streaming services and joining industry kingpins such as Netflix and Hulu, we have an almost endless flow of entertainment available at the click of a button. It’s amazing to me that a little independent video store can survive the Netflix cull and even outlive Blockbuster. Drop into the shop next time you’re in Bristol for a dose of movie nostalgia, have a chat about film and go home with a VHS rarity and a bag of popcorn.”